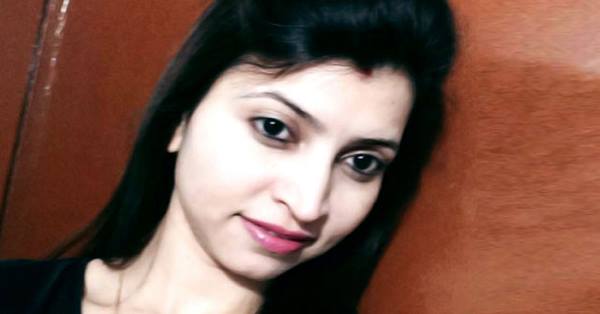 AIIMS senior doctor Priya Vedi posted in anesthesia department aged 30 purportedly cut her wrist and committed suicide on Saturday in Delhi’s Paharganj hotel and left a note for the same. Moreover, she also posted on Facebook about devastating and painful experience of her 5-year marriage in which she has written that her husband, Kamal Vedi, did not make physical relations at least once in all these years and she had been deprived of this happiness since marriage. And The Only Reason Of It Is That Her Husband Is Gay. Besides this agony, she was also tormented for dowry. Priya Vedi’s body was discovered from a hotel in Paharganj. As per the reports, she slit her wrist and left a suicide note which reveals that she was tortured for dowry. 5 years of marriage had not been a successful one as her husband was a gay. Kamal Vedi, a senior doctor of dermatology and venerology is taken in custody by the police. Not only this, cop also filed a dowry death case against him.

Priya’s Facebook status has also revealed that her husband was into physical relationship with other men. The police is investigating the matter and found her Facebook statuses along with suicide note quite similar except the fact that she was tortured by her husband and in laws owing to dowry. Kamal Vedi accepted being gay a month ago before Priya.

But it is really commendable on her part that she compromised with it and wanted to live with him.

Below is the screenshot taken from Priya Vedi’s Facebook profile which itself is enough to realize in how much pain she was. As stated by a senior official, “She was lying in a pool of blood with her wrist vein slashed. The drip attached to her wrist indicated she injected poison but only the postmortem report will confirm what the drip was about.”

According to Vijay Verma who is also a doctor and Priya’s elder brother, “The couple allegedly had a fight on Friday. We got a call from her in-laws asking us to come to Delhi. They didn’t tell us the reason. On Saturday, Priya called each one of us between 12.30 and 1.30pm. She was crying and saying she was fed-up.”

Whereas Lokesh, a bank employee and her younger brother maintained, “Priya kept quite about her husband because of social taboos but she was quite supportive. Her in-laws were torturing her to get a divorce but she wanted to accept him the way he was.”

Her family alleged Priya being overdosed on sleeping pills by her husband. Her parents have given their statements to the magistrate and inquiry is commenced.