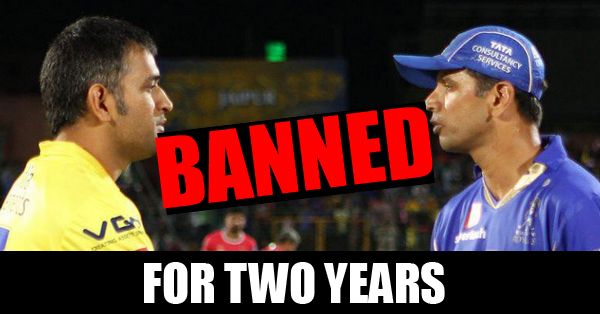 Yes!! a big news coming up this afternoon which will surely disappoint a lot of people out there, especially Chennai Super Kings Fans and Rajasthan Royals fans. A committee appointed by Supreme Court headed by R.M. Lodha proposed a two-year ban on both the teams of Indian Premier League.

The committee also proposed a life time ban on Gunuranth Meyappan and Raj Kundra from any cricketing activity. The teams were said to have been involved in match fixing activities.
With the news coming up social media is bursted with reactions of fans and critics. Where a lot of people are happy with the delayed yet the right decision taken, CSK and RR fans have to go through a tough time. As both the teams have few big names associated with. Do you think CSK & RR’s Suspension is the right thing to do? Will the Suspension put a halt to fixing activities in IPL? Share your views in the the comments section below.