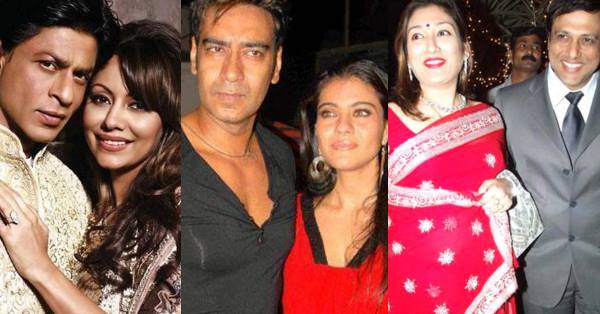 In the month of January, Delhi Government had sent out letters to Saif Ali Khan, Ajay Devgn, SRK, Govinda, Sunny Leone and Arbaz Khan to avoid Pan Masala ads since it is associated with so many health risks. The letters claimed that since they were role models for majority of people, they shouldn’t set a wrong impression in the minds of people. The government requested them to support the anti-tobacco campaign too. However, no one had paid attention to this effort of the government. Now, it has come up with a unique idea for getting heard. Letters have been sent out to their wives, Sunita Ahuja, Malaika Arora Khan, Kajol and Gauri Khan.

Yes! These letters were sent to their wives so that they persuade them for not being a part of such ads. In the letter to Gauri, there was a humble appeal to encourage SRK to not take part in such Pan Masala ads. The letter also informed Gauri that earlier a letter was sent out to SRK but no response was received till date. The main point is that even if they don’t have tobacco or nicotine, they have Supari or areca nuts that is capable of causing cancer.
The government hopes to get some response this time!

Continue Reading
You may also like...
Related Topics:AJay Devgn, Ajay Devgn And Arbaz Khan! Check Out Why!, Govinda, Shocking! Government Sends Out Letters To Wives Of Govinda, SRK

This Incident On The Sets Made Kangana Super Angry! Don’t Miss Out This Furious Video Of Hers!
Salman Khan Borrowed Money From His Bodyguard…. Check Out Why