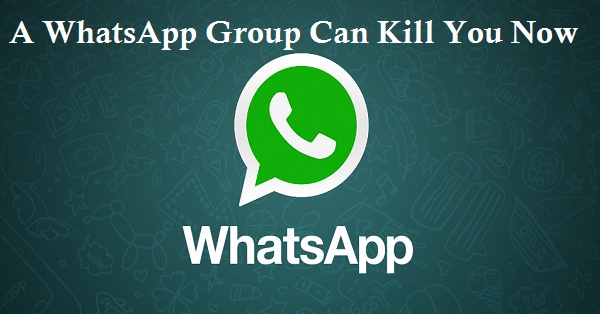 A garment store owner was left fatally wounded subsequent to brutal assault using a knife and the murderer were two guys who performed this horrific attack because their friends asked them to do it. The incident took place in Ulhasnagar and the two friends were the removed members of the WhatsApp group and the victim was its admin. Out of the two, one executor who is an ex-corporator’s son, is detained.

30 years old Bunty Kurseja had a shop of garments named Mayaji Boutique. He formed a WhatsApp group with the title ‘Jai Ho’ and the purpose of this group was to share information and keep yourself updated with the ins and outs related to business without having to consume much time for it.

But Naresh Rohra & Anil Mukhi who were among the members of the group used to share adult content which was not acceptable by others. As a result, they forwarded Kurseja personal messages for complaining against the twosome as well as urging him to remove them being the admin.

At first, Kurseja gave the duo a warning to stop doing it; nevertheless, they did not give a damn and after some days, the admin had to remove them.

The angry and revengeful twosome asked Babu Suresh Gaikwad and Naresh Chavan, their friends, for attacking the admin and kill him.

On May 27, the two friends reached Mayaji Boutique and pretended as they were customers. Finally, they bought something but at the time of billing, started an argument and later stabbed the owner with a knife. Hill Line police official, Manoj Chouhan, maintained that during investigation and at the time of recording the victim’s statement, he talked of borrowing some money from Naresh & Anil. In the words of the official, “The loan of a few lakhs was borrowed a year ago due to some family problem. The duo would keep pressing Bunty to cough up the amount, but he was unable to do so.”

When the two members were removed from the WhatsApp group, it was the end of the line and we all know what happened afterward. Manoj added, “One of the accused, the son of a former corporator, has been caught and will be produced in court soon. We have got footage of the shop’s CCTV, where it is clearly seen that the victim was attacked with a knife by the accused.”

To quote what an inhabitant of Ulhasnagar, Satya Kumar, stated, “After the incident, owners of garment shops got angry and held a meeting to discuss the same. They kept whole lane in Ulhasnagar no 5 area shut, as a mark of protesting the attack.”

A case had been filed the next day under IPC Sections 307 & 507 on the charges of ‘attempt to murder’ & ‘criminal intimidation by an anonymous communication’ respectively. Furthermore, cop is attempting for finding out other three accused and investigation is going on.

SHOCKING NEWS : Family Comes Back After Vacation To Pay Electricity Bill Worth Rs.55 Crore
OMG! Madhuri Comes Forward In The Favor Of Maggi!!