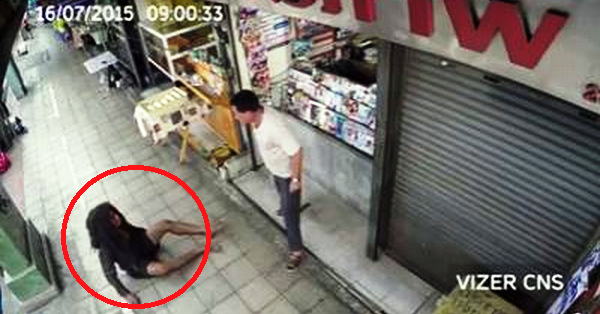 “Many homeless people roam our streets today—not because they want to—but because they have no choice. Not everybody is given a privileged life. Some are not even given the chance to get a good education, all the more a decent job to survive the hardships of life.

Every man has a story. Some of them might even keep their stories to themselves, but let us not judge them for what we see on the surface. Many homeless people are considered a nuisance, especially by those who are not directly concerned. When some of us see a homeless person dressed as this person in the video, our usual initial reaction is to move away. They are people too, they just don’t have the means to feed and support themselves at the moment.” – Sourn Serey Ratha

In this article, we present you a touching video which depicts the story of all of us. Quite often, we stumble upon such people who have the appearance of being poor or beggar and what we do is ignoring them and moving away. In this video, a shopkeeper used to find a poor man sleeping outside his shop daily and without any reason, he used to beat the man everyday too. This continued for long but one day, the poor man was nowhere to be found. Although the shopkeeper hated him, he got worried and checked the CCTV footage outside his shop to have a clue of the man. And guess what, when he checked the recording, he cried ocean of tears to find out the truth of his existence and presence outside his shop. It will drown you into tears too.

This Epic Spoof of Chak De India On The Recent Delhi Eve Teasing Issue Will Give You Good Laugh!!
This Man Found $20 On Street & At The Day’s End, He Turned Out To Be Millionaire Using It