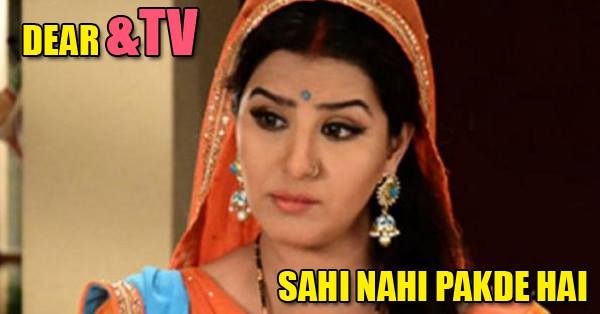 Angoori Bhabhi is no doubt one of the most loved and popular actresses of the TV industry who made viewers go crazy over her “Sahi Pakde Hain” plus curves and stylish moves. However, after having some issues with Binaifer Kohli, the producer of the show, she stopped to go for shooting. She was indeed on cloud nine of fame and name when she all of a sudden shocked us all with the news of quitting “Bhabi Ji Ghar Par Hai!” as she was allegedly being tortured mentally by the producers. The clash grew after the involvement of CINTAA (Cine and TV artists association) in it and things started getting worse for the actress after CINTAA maintained that Shilpa might be banned on TV after which she wouldn’t be able to work with any channel or producer and vice-versa.

This conclusion by CINTAA could have shaken any artist but Shilpa seemed to be firmed over her decision of quitting the show. This is what she maintained in an interview with leading English daily,

“CINTAA has no right to interfere. The matter is now legal. The producer (Binaifer) has sent me a legal notice and I have replied to that. CINTAA has no right say I am unprofessional. It is the fight between me and the producer. I told CINTAA about my problems with the producers but they didn’t do anything. Now when we have gone legal, they don’t have the right to pass any such order. They have no right to stop me from working.” There were rumors that Shilpa will be seen in “The Kapil Sharma Show” in a seductive nurse’s role but now Rochelle Rao has been signed by the makers as former Angoori Bhabhi had lots of lawful baggage. However, she is of the opinion that it’s because of Binaifer that she has been out of the Kapil’s upcoming show since she is asking all the producers for not working with Shilpa. “I will prove in the court that she has stopped me from working,” she stated.

Talking of her exit from the show, she maintained, “They are trying to scare me but I am not afraid. Unke show (Bhabhi ji Ghar Par Hai) ki band baja hai. They thought they could get me back easily but then I am made of stronger stuff. Their show will suffer because I cannot be replaced.”

Let’s wait and watch how ugly this fight turns!

Yet Another Victim Of Modi’s Handshake! Prince William Never Thought This Would Happen!
10 Facts You Always Believed That Actually Aren’t True