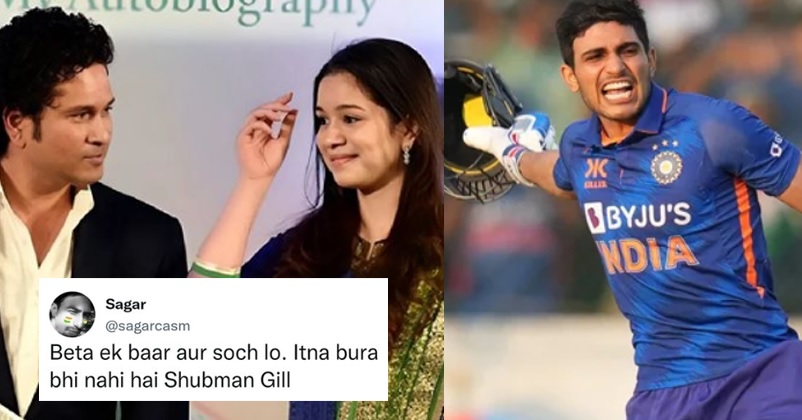 The Indian cricket team has started the 3-match ODI series against New Zealand with a win in the first match which was played yesterday at Rajiv Gandhi International Stadium, Hyderabad, and a big credit for this victory goes to the young Indian batter Shubman Gill who played a blistering knock of 208 runs. Though Shubman Gill opened the innings with Rohit Sharma, the former played till the last over of the Indian innings. He played 149 deliveries for his knock of 208 runs and his innings included 19 fours and 9 sixes. 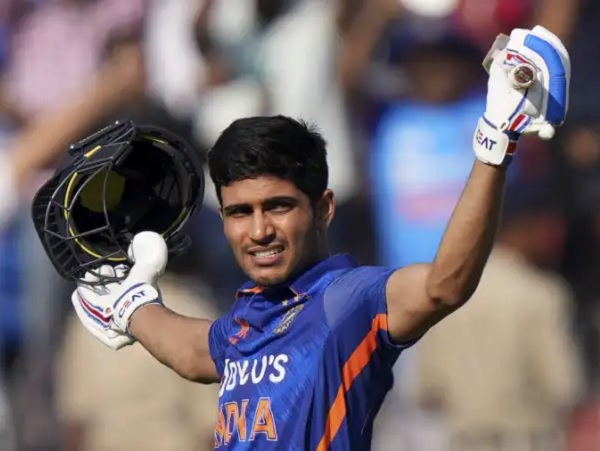 After the match, Shubman Gill also expressed his happiness with a tweet in which he posted his images from the innings and captioned it as, “This is what dreams are made of” with blue heart emoji and two emojis of the Indian flag.

The Indian Twitterati went gaga over this brilliant knock of Shubman Gill as he was showered with love and affection by the Indian cricket fans but there were some who took this opportunity to have fun too as they made memes and jokes referring to his link-up rumours with Sachin Tendulkar’s daughter Sara Tendulkar and Bollywood actress Sara Ali Khan. While Shubman Gill was rumoured to be dating Sara Tendulkar for a long time but nothing could be confirmed, he was spotted with Sara Ali Khan on couple of occasions as well.

Here are some selected memes:

Shubman Gill’s family at Sachin Tendulkar’s home after his 200 pic.twitter.com/i7aJoiWckM

Scenes after Shubman Gill scored back to back Century: pic.twitter.com/tbE2pafTTs

There were many former cricketers and people from the cricket fraternity who were all praises for Shubman Gill after he played this beautiful knock:

A hat-trick of sixes to get to his double hundred ⭐

Shubman Gill is a PRECIOUS talent 💯 👏

200 in a one day game !! At such a young age incredible ✊✊✊ unbelievable!! A very proud day for me and shubmans dad !!!congratulations @ShubmanGill the whole country is proud of you 👏 🇮🇳 #NZvsIND

Winning start to the series 👊🇮🇳
What an innings @ShubmanGill 🤩💯💯 pic.twitter.com/jXJCgesEBV

Shubman Gill is just 23, he is the future.

A legend in making. pic.twitter.com/zCNpjSTESQ

Double hundred for Shubman Gill from 145 balls, What a talent, at the age 23, he is breaking the records. pic.twitter.com/eQ4iobTeL0

#TDTY 2021 – 3 youngsters defied all odds to script the greatest Test win.@ShubmanGill laid the foundation. @mdsirajofficial got the breakthroughs & @RishabhPant17 finished it. I hope Rishabh joins the other 2 soon. #BorderGavaskarTrophy pic.twitter.com/ChQSZdpw5I

As far as the match is concerned, Rohit Sharma failed in taking the advantage of a good start as he and Shubman Gill produced a partnership of 60 runs in 12 overs. The skipper got out on the score of 34 runs (38 balls, 4 fours & 2 sixes) and he was followed soon by Virat Kohli (8) and Ishan Kishan (5). Suryakumar Yadav (31 runs, 26 balls, 4 fours), Hardik Pandya (28 runs, 38 balls, 3 fours), Washington Sundar (12 runs) and Shardul Thakur (3 runs) also returned to the dug-out soon but Shubman Gill remained unfazed and kept on scoring from one end, making India post a good total of 349/8 on the score board in its stipulated 50 overs. 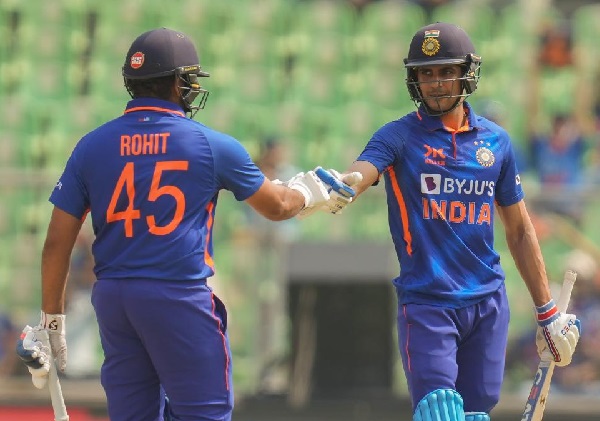 In response, the Kiwis didn’t have a good start and there was a time when the visitors were reeling at the score of 131/6 in 29 overs. Many felt that India would surely win the match but then Michael Bracewell played a smashing knock of 140 runs (78 balls, 12 fours & 10 sixes) and revived his team’s chase. Michael Bracewell got a good partner in the form of Mitchell Santner who scored 57 runs (45 balls, 7 fours & 1 six) and they both stitched a partnership of 162 runs for the seventh wicket, leaving the Indian side anxious and worried. 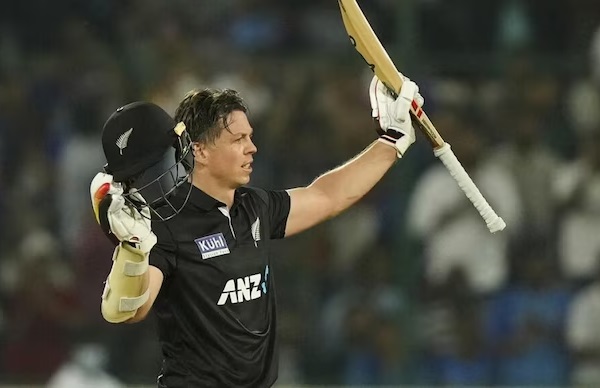 While the Indian side managed to get rid of Mitchell Santner in the 46th over, Michael Bracewell kept on scaring them till the 50th over as he got out on the second ball of the last over of the innings and the Kiwis fell short by 12 runs.

This Indian Batter Regrets Not Getting Support & Freedom That Virender Sehwag Got In His Career
“Brilliant Game Of Cricket After A Long Time,” Fans React As India Beats NZ In Nail-Biting Contest