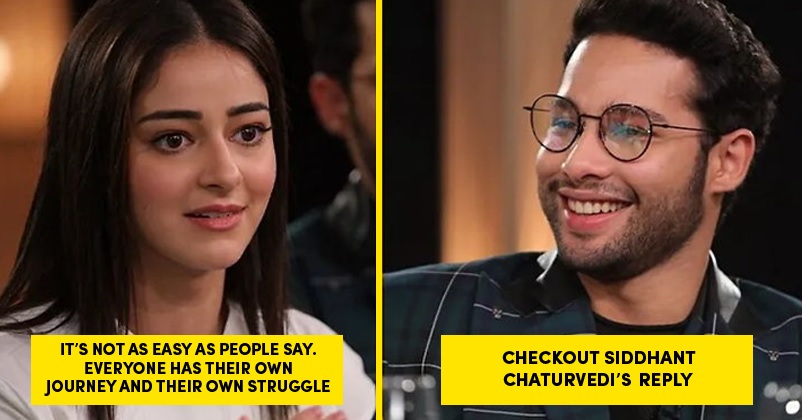 The discussion on nepotism in Bollywood doesn’t seem to end soon and now the young stars of the industry are also talking about it. In Rajeev Masand’s talk show, some young actors such as Ananya Panday, Tara Sutaria, Siddhant Chahturvedi, etc. participated and Ananya was asked whether it was easy for her to enter the industry as she is a star kid.

Ananya has talked openly on this matter and said that she won’t give up the chance of acting just because she is Chunky Pandey’s daughter. She adds that she has also faced tough times as “Student Of The Year 2” was delayed by a year and her father didn’t even wish her until the movie got released because the industry is very fickle.

She further says that everybody has their own struggles, her father has worked very hard and he is still doing that but till date, he has not worked in a movie produced by Dharma Productions or he has never been invited on Koffee With Karan. As per her, she also tries to overcompensate and doesn’t take anything for granted as anything can happen in Bollywood.

However, the best reply came from Siddhant Chaturvedi when he said that where our dreams come true, that is the point from where their struggle starts, (jahaan humare sapne poore hote hain, wahi inki struggle shuru hoti hai.) 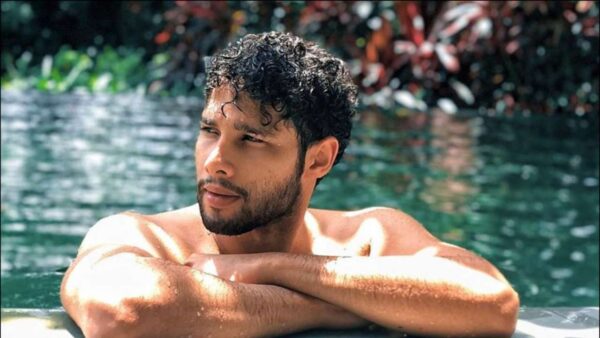 Here is the clip which is going viral at the moment:

Ananya Pandey complaining about nepotism and Sidhant Chaturvedi ending her existence with one line 😭 look at her reaction lol pic.twitter.com/hX2R7Jc1F7

Netizens praised the MC Sher of Gully Boy for giving such a savage reply as for Ananya, the struggle of a new comer is equivalent to not appearing on the talk show Koffee With Karan which is being hosted by Karan Johar.

Check out some of the selected reactions from Twitter users:

jahan humare sapne pure hote hai wahan inka struggle shuru hota hai."
So true siddhart these guys will never accept that how big opportunity they are getting by without auditions and struggle cause of their parents. Some don’t deserve to be here but still are here

not being able to star in a dharma film or not being able to appear on Koffee with Karan is a struggle for these people. Such tough times her father has seen all in his diamond watches, five star hotels and mercedes benz

"I overcompensate" – yes, like rambling on for 1min30sec on a question about nepotism without actually saying anything meaningful.

she literally cant act and has bag full of films!! this is what you call struggle and not fruit of nepotism lmfao!!! kudos to siddhant chaturvedi for giving back to her in the best way!!!

Dear @ananyapandayy u cant even imagine a life of a wannabe actor who is not having any Bollywood connection. B'wood is a family business n becoz of u guys, people wit real talent hardly get a chance. N dont worry the blame squarely on us, the audience who still watches knowingly

Even if she thinks the epitome of success is landing a role in a dharma prod film, outsiders might get an opportunity after years of working while she debuted w a dharma film w/o actually doing anything. Sis, use a better argument. Please.

Biggest example of Nepotism is that if you don't take blessing from your godfather (Karan) then you won't survive this industry.

And she has proved this theory by referencing Koffee with Karan.

Being on Koffee with Karan is a major achievement in #Bollywood
National award vagrh to mazak h!!

Heart cries for her. So much struggle! Dad didn't even go to Koffee with Karan. Wowww!! Should apply for BPL ration card.

My papa such a struggler, he never got no invite to Koffee with Karan. Bhagwaan! Karan, please give Chunky ji that “Koffee” hamper already.

11 Interesting Facts About Natasa Stankovic, Bollywood Diva & Hardik Pandya’s Fiance
Deepika Tells Which Side Of Bed She Steps Down From, Ranveer’s Reply Left Her Blushing