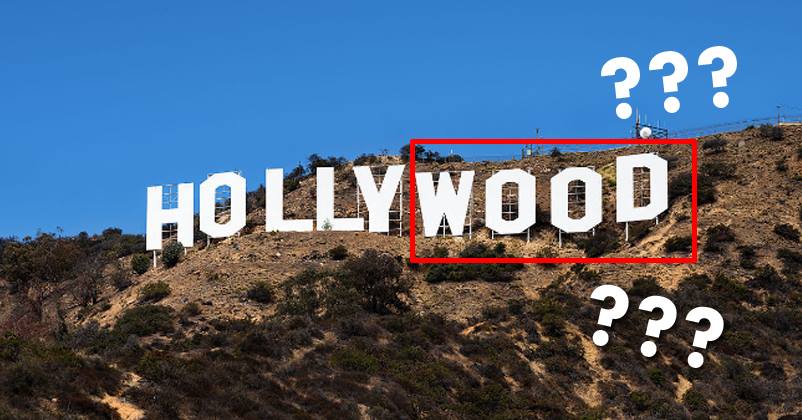 If there would be an alien invasion on Earth, Hollywood would definitely hold the copyright to get destructed at the first place. However, on a serious note, it is the other versions of Hollywood, that deserve these fates. There is always a reason or a meaning behind a NAME. No, don’t think about the names like ‘RANDY’ and ‘HARDIK’. JUST DON’T ! ! Hollywood in American Film Industry, Bollywood in Indian Film Industry, Tollywood in Bengal Film Industry and many such regional film industries names have one thing in common. And that is the word ‘WOOD’ at the end. Have you ever wondered about the reason behind the existence of such a name pattern ? Probably not, because you were be too busy watching movies from these industries. Unlike Bollywood, Hollywood is indeed a name of a place apart with being a name for an entire zillion dollar industry. It is a neighbourhood in the central region of Los Angeles, California. But before that, this region was once owned by Harvey Henderson Wilcox. Well he and his wife (Daeida Wilcox Beveridge) owned a 200 acres (0.81 km2) ranch of apricot and fig groves located at the foot of the Hollywood Hills. Hence, in a way, they owned that place too, although not legally. It was their summer house and from there itself, Daeida Wilcox Beveridge came up with the name Hollywood for her house. However, many people believe that it was Hobart Johnstone Whitley who commercialized and popularized this name ‘HOLLYWOOD’. He was considered as the “Father of Hollywood” and the one who invented this name. He was a real estate developer who helped create the Hollywood subdivision in Los Angeles, Southern California. The native plants with bright red winter berries found at that place resembled like ‘Holly’ plant. And FigWOOD was the name assigned to that place due to the large number of Fig trees that were found over there. Whistley took the combination of these two words and came up with ‘HOLLYWOOD’. And this is how ‘WOOD’ came into existence in this word. Well apart from these reasons, there is another theory which just popped up in my mind. It has no authenticity but still want to share it with you people.

Earlier, all the dramas and plays used to take place on stage before cameras came into existence. The stage floors were usually made up of WOOD so as to provide good aesthetics and feel to the actors and actresses performing on it. And may be, this is how the word ‘WOOD’ found its existence into HOLLYWOOD and many more. The reason behind the names like BOLLYWOOD, Tollywood, Ollywood, Mollywood and many more are listed below. Have a look at them.

Bollywood – An amalgamation of Bombay and Hollywood

Tollywood – Initially it was referred to Bengal Film Industry after Tollygunge (area in South Kolkata). However, nowadays it is also considered as Telegu Film Industry for its more favourable name.

If you have observed any mistakes regarding the names or facts, I will be pleased to make corrections according to it. Please share your opinions in the comment section below.

Continue Reading
You may also like...
Related Topics:bollywood, hollywood, how, why, wood

Power Of Social Media – Chai Wala Is No More A Chai Wala! Grabs Modeling Contract!
The Most Expensive Wedding Card Ever! It Has An LCD Screen & We Bet You Haven’t Seen This Before!