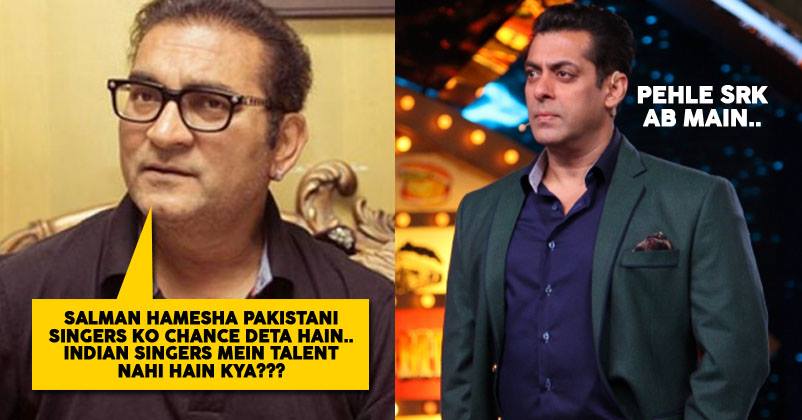 One of the finest singers of industry Abhijeet Bhattacharya was very famous in his time. He was one of the best singers in 90’s and worked with leading singers like Kishor da, Lata Ji and Asha Bhosale. He is best known for singing so many hit songs for Shah Rukh Khan. 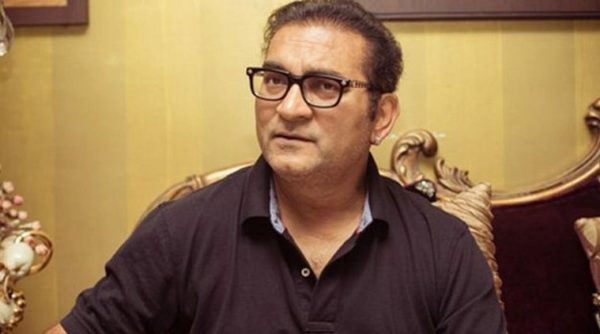 Recently he was in headlines when he said ‘Till the time I sang for Shah Rukh Khan, he was a Rockstar and now he came down to Lungi dance’.

But now it seems like Abhijeet is not happy with Bollywood’s tiger Salman Khan because he is giving chance to Pakistani singer to sing for him.

Well, as per Abhijeet Bhattacharya’s recent statement, he said, why does Salman Khan only get Pakistani singers to sing songs in his film? Indian singers are not enough to sing in his movies? He even said Pakistani artist need to be restricted from working in the Indian film industry.

He further added, “Pakistani’s are killing our soldiers and Salman is giving the opportunity to Pakistani talent”.

Well, after commented on Shah Rukh and now Salman what do you think? He is saying right or wrong?