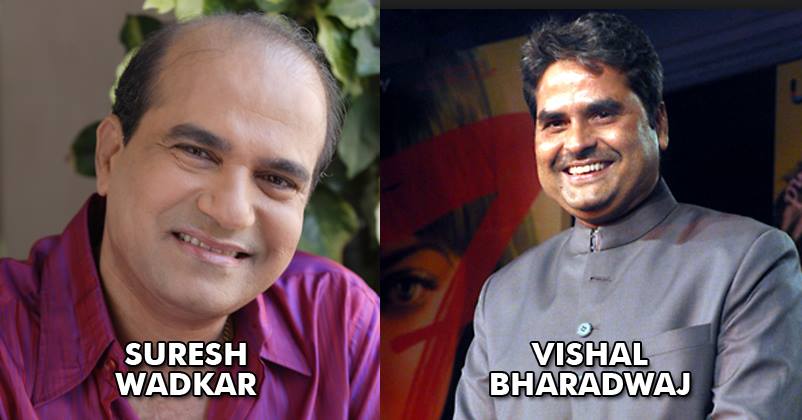 The Indian Music Industry has produced a number of brilliant singers who gave euphoric melodies to us. There are many singers who became stars in a spur of the moment. But, there are some talented singers who are still underrated even after giving many delightful hits. Born in Rajasthan, Shail Hada is one of the most misprized singers in the Indian Music Industry. He began his musical career as a background vocalist in Sanjay Leela Bhansali’s ‘Black’. His first solo was the title track of SLB’s ‘Saawariya’. Hada lent his voice to some of the most beautiful songs like, Saawariya, Tera Zikr Hai, Guzaarish, Saiba, Udi, Keh Na Saku, Lahu Muh Lag Gaya, Poore Chand Ki Ye, Barsan Laagi, Tung Lak, Meherbaan and the list goes on. Parthiv Gohil is a famous name in Gujarati Music Industry, but sadly he is not known in Hindi Music Industry. He is blessed with a voice that leaves one spellbound. “Yun Shabnami…”, remember this euphonious song from Saawariya? Yes, he is the one who made this magical song one of our favorites. He also participated in Coke Studio India, where he sang Tere Bin Main and Aaona Gale Lagao Naa. Prakash is another talented songster who came into limelight from the Saregama bandwagon. He is a popular singer in Kannada and Tamil Film Industry. He sang “Manmohini” from Yuvvraj, “Kandhon Se” from Lakshya and “Pal Pal” from Swades. Blessed with a sugary voice, Sargam is another vocalist undervalued singers from Bollywood. She gave many romantic songs to the industry. “Pehla Nasha”, “Har Kisiko Nahi Milta” and “Aao Na” are some of the graceful songs she lent her voice to. Lately, she worked with A. R. Rahman and gave voice to Chupke Se and Naina Milaike from the musical treat Saathiya, and Chanda Re from Sapnay. This is Bharadwaj’s one of the hidden talents. The multi-talented soul sang a number of songs for Hindi Music Industry. O Saathi Re, Kaminay and Khaamka are some of his pleasing songs. Wadkar is definitely blessed with a mesmerizing voice. “Tumse Milke” from Parinda and “Ae Zindagi Gale Lagale” from Sadma are some of his heart touching melodious songs that still pleases everyone. Madhushree is another phenomenal singer blessed with a soothing voice. She is best known for the song Kabhi Neem Neem, from Yuva. Maahi Ve, Hum Hai Is Pal Yahan, Kangnaa Re, Tu Bin Bataaye and In Lamhon Ke Daaman Mein are some of her tuneful songs.

Don’t you think, they deserve equal reverence and fame? Let us know what you think about these unrecognized singers who gave their heart and soul but received less fame.

After MNS It Is Shiv Sena’s Turn! Nawazuddin Siddiqui Forced To Move Out Of Ram Leela!
Leaked! You’ll Watch This Video Of Salman Rehearsing For Tubelight Song 100 Times!