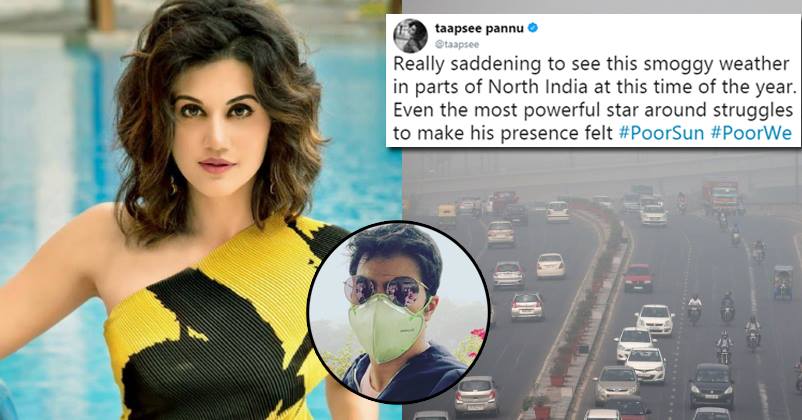 Pollution is one of the most serious problems in India, especially in the metro cities, New Delhi being the front-runner. In fact, Delhi has now turned into a gas chamber and it is becoming difficult for the citizens to walk on the streets of the capital. 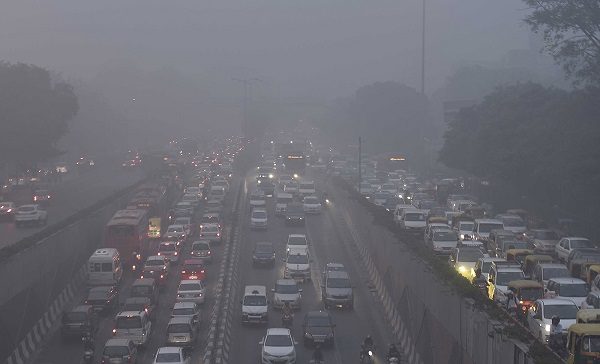 The doctors are of the opinion that inhaling air in Delhi is equivalent to smoking 50 cigarettes in a day. The mornings in almost whole NCR are filled with smog which has compelled the government to close the schools till Wednesday. The chief minister Arvind Kejriwal has asked the Delhites to remain indoors as much as possible and work from home.

Smog is a term given to the mixture of smoke and fog and it is formed by various pollutants, for example, nitrogen oxides and dust particles. 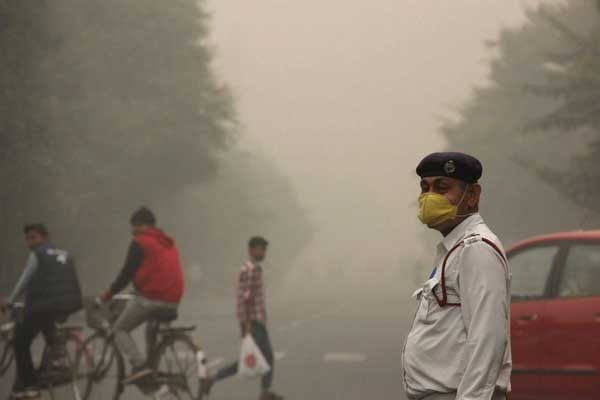 The situation in Delhi is absolutely alarming and it has worried many celebrities too, including Bollywood actors such as Parineeti Chopra, Taapsee Pannu, Varun Dhawan, Arjun Kapoor and others.

Parineeti took to Facebook and wrote that she had to do shooting for 2 days in Delhi and she is having problems in chest, head and throat. 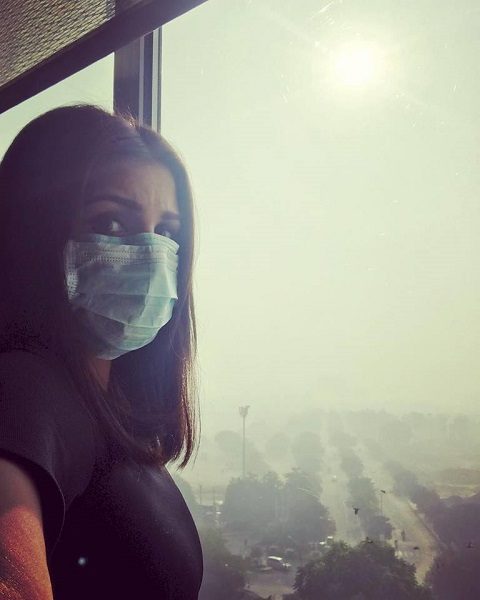 “2 days of shooting in Delhi – and my chest is hurting, head is hurting, throat is paining!! Cant believe we have let things go so out of hand that human beings dont have air to breathe to anymore. Can’t imagine the situation for kids and elders. Please guys, lets all WAKE UP. We cannot be doing this to our planet. #DelhiSmog”

Varun Dhawan also posted a photo of himself wearing a mask and talked about the worrying situation in Delhi. 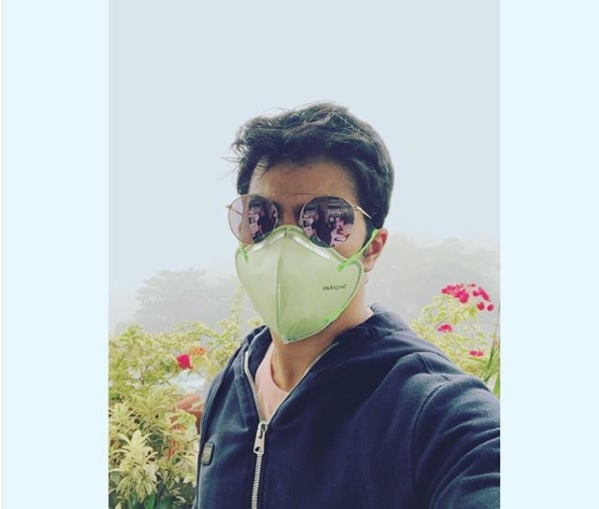 “I have clicked this selfie to show you guys what actual smog looks like. I don’t want to preach I am equally to blame for this mess as most of the citizens of our great country, but now instead of blaming each other and the government let’s change. It’s time we go green. #delhichokes

Taapsee Pannu and Arjun Kapoor also took to Twitter to talk about the choking conditions in Delhi:

Really saddening to see this smoggy weather in parts of North India at this time of the year. Even the most powerful star around struggles to make his presence felt #PoorSun #PoorWe

What’s happening in Delhi is dangerous in more ways than one can imagine…I’m filming here as I type this and I’m fearing things aren’t gonna really get any better… pic.twitter.com/hvj5bcUxlN

The video i posted was sent to me & as I stand at look out of the window the fear that engulfes me is that this is reality & it can happen to any of us if we aren’t extremely aware & carful. The smog is dangerous long term & short term. Really hope things improve. Stay safe Delhi

The Smog situation in Delhi is just insane! 💨

No visibility for cars, so many people falling ill owing to the bad air quality..

And I must say that I’ve observed similar situations not only in Delhi but even in cities like Hong Kong.

The world better buck up & FAST!

Indigo Staff Beats Passenger On Delhi Airport. Is This The Way To Treat A Customer?
Gordon Ramsay Once Again Criticized Dishes On Twitter & His Remarks Are Way Too Insulting