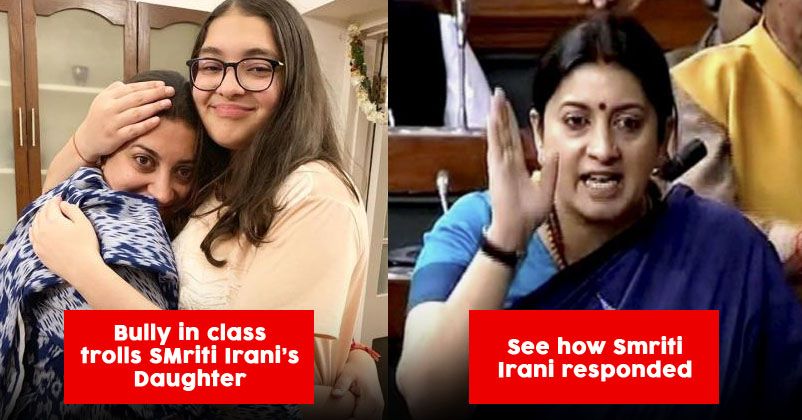 Former television actress turned politician Smriti Irani never lets her trolls get away without teaching them a lesson. The union minister is not among the one who ignores her troll. Yet again Smriti slammed a troll for criticising for the looks of her daughter.


Smriti Irani took to her Instagram handle to clarify why she deleted her daughter’s picture?

The former actress wrote, I deleted my daughter’s selfie yesterday coz an idiot bully in her class, A Jha, mocks her for her looks & tells his pals in class to humiliate her for how she looks in her mother’s insta post. My child pleaded with me ‘Ma please delete it, they are making fun of me’. I obliged coz I could not stand her tears.


The union minister further added, Then I realised my act just supported the bully. So, Mr Jha, my daughter is an accomplished sports person, record holder in Limca Books, 2 and Dan black belt in Karate, at the World Championships has been awarded bronze medal twice, is a loving daughter and yes damn beautiful. Bully her all you want, she will fight back. She is Zoish Irani and I’m proud to be her Mom.

Zoish Irani you should know you are beautiful and you have a long way to girl!