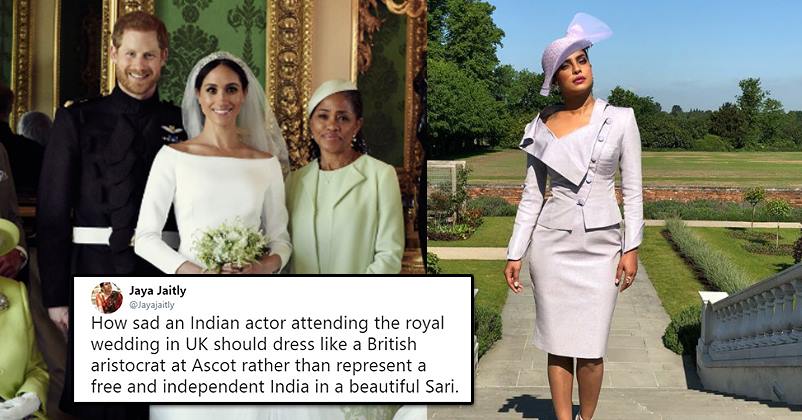 The royal wedding of Prince Harry and Meghan Markle has been the talk of the town for few days and people still don’t seem to get over it. From the pics of the wedding to hilarious memes, everything related to this royal occasion went viral on the Internet and social media.

Not only the couple but guests of the elite wedding were also dressed in an impressive manner. We must say that our Desi Girl Priyanka Chopra was looking stunning in an elegant outfit with a beautiful hairdo. Well, it won’t be wrong to say that she looked like a British royalty herself and her dress was just perfect for the event!

Check out her pics: 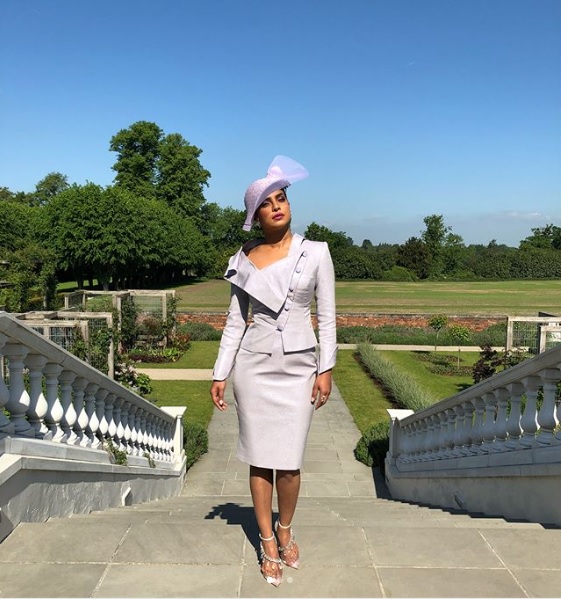 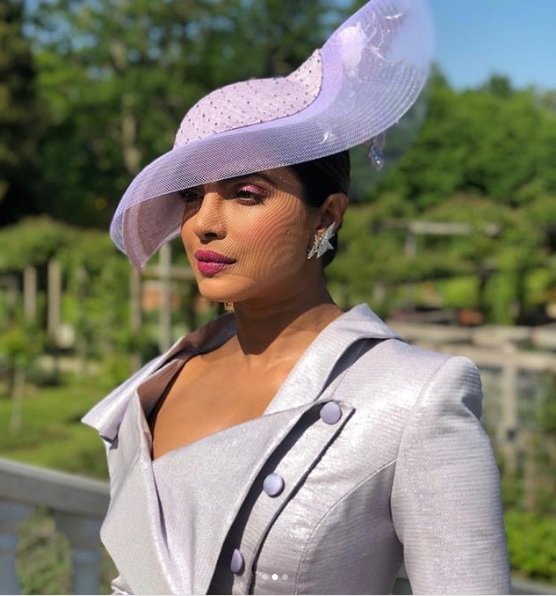 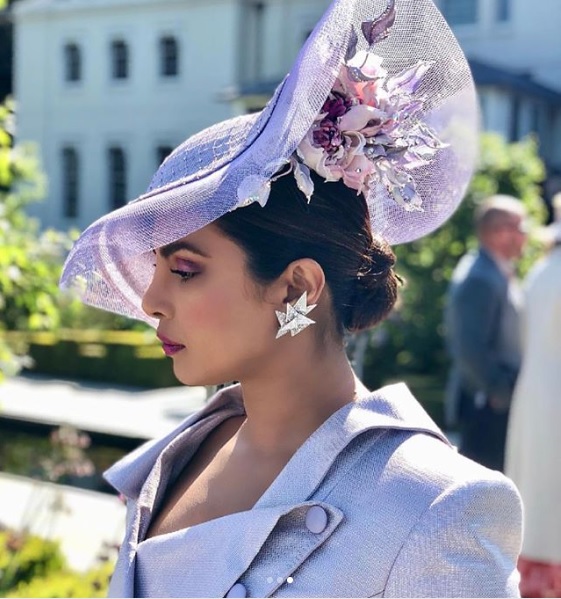 But as they say, there’s always someone who can find faults in you. The same happened with Priyanka Chopra and one woman who is not pleased with Priyanka’s ‘British aristocrat’ attire took to Twitter to criticise her. As per her, she should have chosen an Indian sari instead.

She tweeted, “How sad an Indian actor attending the royal wedding in UK should dress like a British aristocrat at Ascot rather than represent a free and independent India in a beautiful Sari.”

How sad an Indian actor attending the royal wedding in UK should dress like a British aristocrat at Ascot rather than represent a free and independent India in a beautiful Sari. pic.twitter.com/zXF9zpCbMq

Well, Twitter disagreed with her and trolled her for making such a remark about Priyanka Chopra who got the honour of being invited in a royal wedding. As per them, she went to attend her friend’s wedding and was not representing India. What’s more, they also reminded her of popular saying, “When in Rome, do as the Romans do”. Check out some selected tweets:

How does wearing saree make you more of an Indian? What a wasteful argument.. Women like you makes it difficult for other women to flourish because the only weapon weapon is saree & sanskaar…
intellect, independent, empowered is the new attire, not saree!!!

The woman can't even attend a friend's wedding without being criticised for her sartorial choices! She was there in her personal capacity, not as a representative of 'India'. I never saw Indian men being criticised for wearing a suit on an international platform! https://t.co/yBi40kUfmX

How sad an Indian citizen using a language that was imposed by Britishers on us rather than represent our free and Independent India in our local languages. https://t.co/czl0sEMmRq

Why did you want her to do? Wear a saree and dance on Rangeelo Maro Dholna? There are dress codes for royal weddings aunty. Not ever event is an opportunity to make a statement about your "culture" https://t.co/o9M5KrqjeV

She was the only indian in #RoyalWedding2018 I guess , you should be proud of her but aunties like you only criticize.

Completely unfair criticism of a woman who has done enough and more to put India on the World Map. If she is creating an international image for herself, how is that sad? She isn’t doing anything dishonourable. Would you ask why Modi doesn’t go touring in Kurta pyjama?

So in your opinion a free and independent woman needs your permission on how she chooses to dress? And that is free & independent?

I believe @priyankachopra is free and independent to dress whichever way it pleases her and probably she doesn’t care what you think.

Grow up!! We can dress anyway we want! Next you'll insist on men wearing lungis or veshtis to the royal weddings in the UK. Respect each other's cultures and get out of your box please

Please don't behave like a gawar….there was a dress code.She had to follow the dress code in Royal wedding.Dont be jealous coz u weren't invited 😂😂

Do you think that Priyanka should have dressed in a saree or do you like the dress that she wore in the wedding? Let us know your views.

If You Do These 11 Things, You Are A Typical Indian Middle Class Person
Rishi Kapoor Tweeted About Bhatt Family. Twitter Is Thinking Ranbir-Alia Are Getting Married