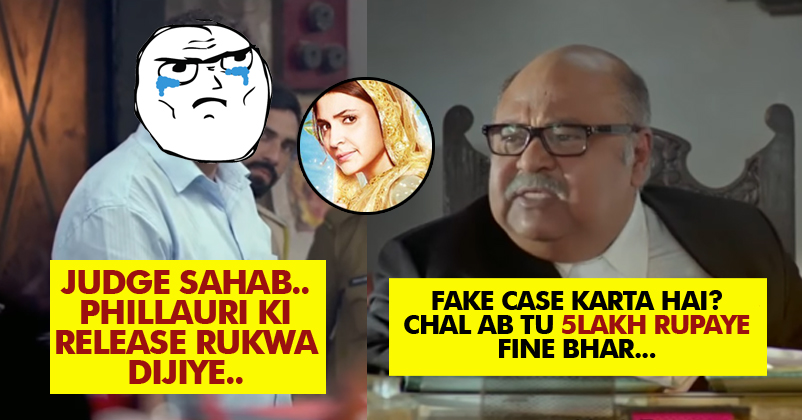 Phillauri is Anushka Sharma’s second movie with her own production house Clean Slate Films. The movie has created a positive word of mouth by all the celebs who watched the movie in a special screening hosted by Anushka.

The movie is a satirical take on the superstition beliefs in Indian society. There’s humor, romance and a takeaway. The content of the movie is promising and worth looking forward to. However there are few roadblocks which the film has to deal with and one such is the petition filed against them.

Gujarati Film Producers had some wrong idea about the upcoming movie Phillauri. They thought their movie Mangal Fera and Phillauri had the same story.

They dragged their misconception till court and filed a petition against the makers so that they can put a stay order on the release. There’s major plot twist however. The court charged Rs 5 Lakhs fine for wasting its time which they had to bear for their own decision.

The production house Gayatri Cine Production is headed by Gayatri and Dashrath Rathod, who were the ones under the scanner of misconception.

They thought they might as well solve the problem legally but the situation fell flat on them instead. The producers’ charges were dismissed and they had to pay the Bombay High Court 5 Lakhs Rupees fine.

Before approaching the court, they had made attempts of sending out legal threats to Phillauri team and the production house. They were clearly conveyed by the makers of Phillauri that their story is based on a man getting married to a tree.

They weren’t satisfied with the response and thought of filing a case of copyright infringement. They invited trouble themselves as the court fined them instead of taking any charge against the production house or the movie Phillauri. They are still very strong on their stand. They have decided to further challenge the orders of the court than end the matter here.

The interesting thing is that the movie has already released today, so why so much of courtroom drama?