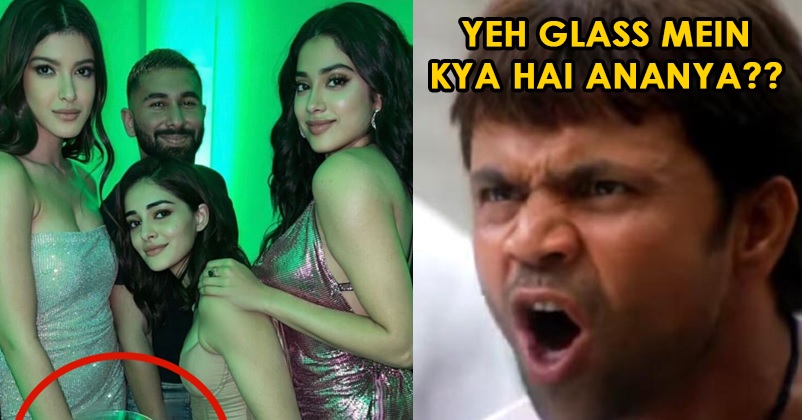 The Bollywood celebs especially the young ones are known for partying hard so it was quite obvious that the young beauties of Bollywood decided to have some good time when one of them returned after completing the first schedule of her debut movie.

We are talking about Khushi Kapoor who came back home after wrapping up shooting of the first schedule of “The Archies” and her besties Shanaya Kapoor, Ananya Panday and Khushi’s elder sister Janhvi Kapoor made up mind to celebrate the moment with her by partying out. The young divas also posted their photos on their Instagram accounts as they all looked stunningly hot but there was one pic which overshadowed all other photographs.

The image we are talking about features Ananya Panday, Janhvi Kapoor and Shanya Kapoor but what has made people talk about it the most is that Ananya is posing in a little weird manner and though she is holding a glass of wine or alcohol, it is not filled with liquor or any other drink but it appears to have photoshopped with bhujia or maggi (or whatever you find it). 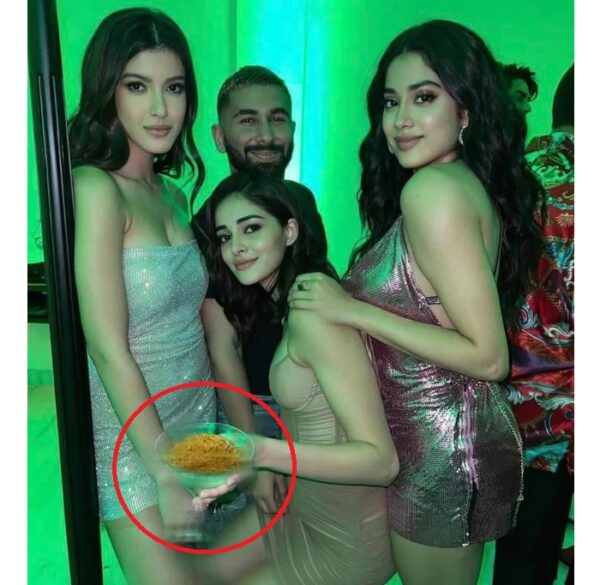 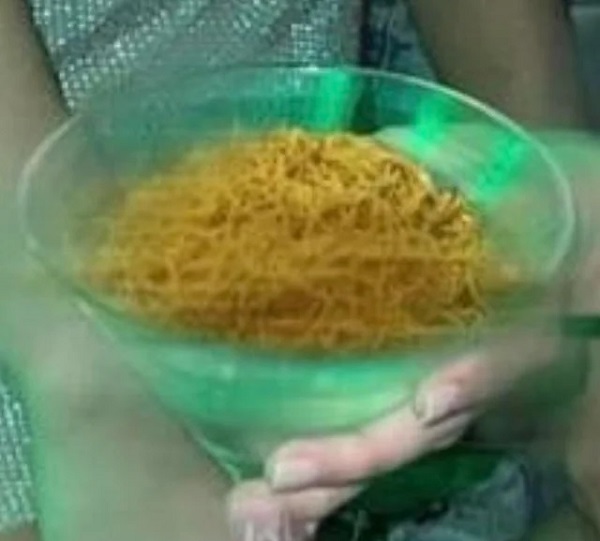 The online users were not able to understand what the need was to show bhujia or maggi in the glass despite the fact that everyone knows that Bollywood people drink and party a lot. Some even talked about the manner in which Ananya posed and few also talked about the hand of the guy who was standing with these three.

Did they badly photoshop a glass of alcohol into bhujia? from BollyBlindsNGossip

What is your take on this pic?

“Not Available For Rs 299 Or 499,” John Abraham Reveals Why He Will Not Work On OTT As An Actor
Famous Celebrities Who Faked Love Story Or Relationships On Reality Shows To Stay In The Game