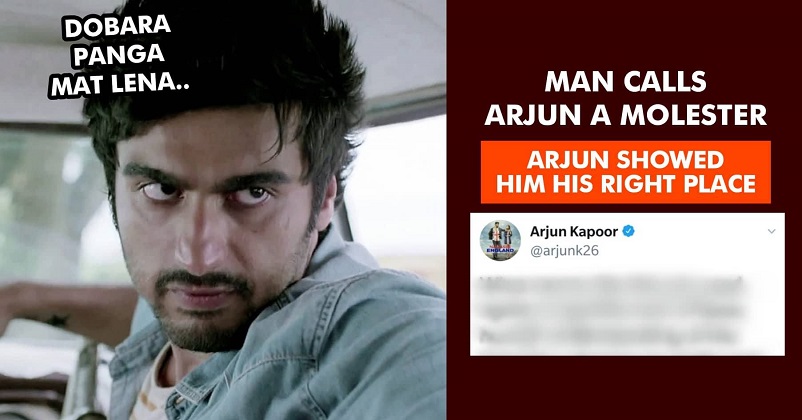 Trolling a celebrity on social media for getting momentary fame and attention of people is definitely a cheap antic that ultimately brings criticism on the hater’s part and makes him an object of mockery; right? Right!

A netizen tried to troll Arjun Kapoor by calling him a molester but the way he dealt with him deserves to be applauded. 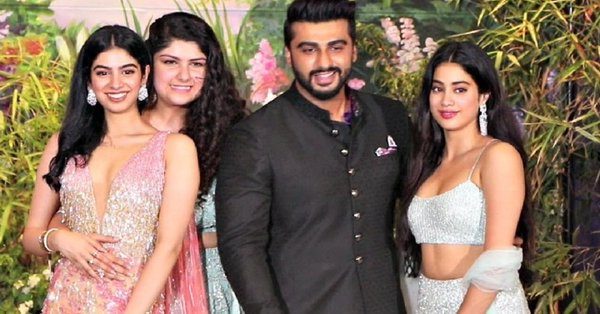 Arjun Kapoor has the image of a responsible family man who stood like a pillar with his father Boney Kapoor and half-sisters Janhvi and Khushi when they needed him the most and proved that he is the best son and brother.

He not only gave them emotional support but also protected his sisters whenever someone tried to target them with their creepy comments online. Considering this, it’s highly impossible that he lets a troller who makes unpleasant remarks about him go without giving him a befitting reply.

It so happened that Parineeti Chopra shared a song promo from her upcoming movie “Namaste England” that also stars Arjun in the male lead. 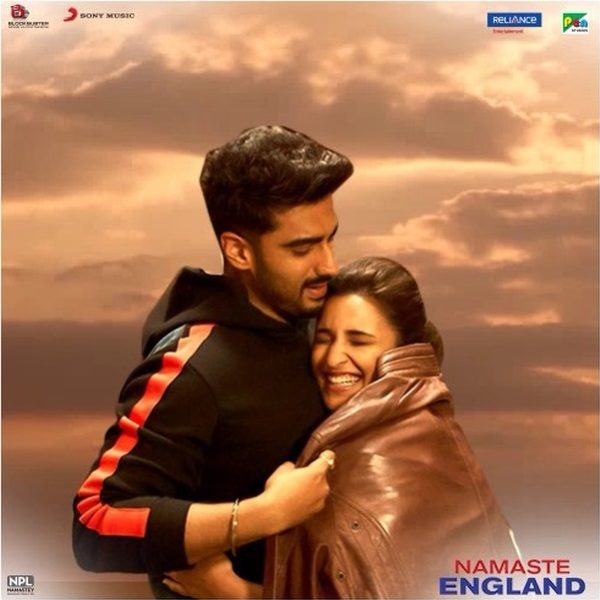 She posted it on Twitter with caption, “How deep is your love? #TereLiye out tomorrow.”

A Twitter user made an attempt of mocking Arjun and wrote, “Is it only me or arjun kapoor looks like a molester in the pic.”

We all know that molester is a term that is not at all appropriate to be used lightly. His comment naturally made Arjun furious but he handled the troller in the most epic way.

Arjun replied, “When terms like this are used lightly it signifies lack of basic human understanding of the how big a deal it is to make sure we don’t take women’s safety lightly or as a joke.” 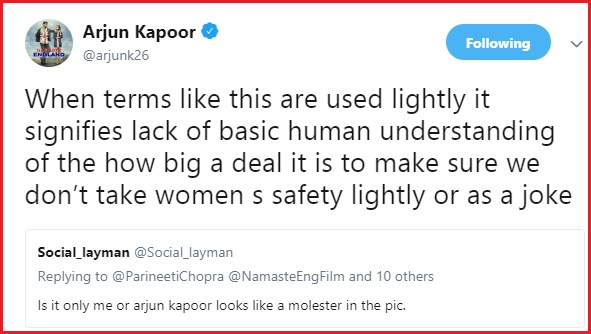 When terms like this are used lightly it signifies lack of basic human understanding of the how big a deal it is to make sure we don’t take women s safety lightly or as a joke https://t.co/yazPhM7gBS

Twitterati slammed the troller for his nasty tweet and asked Arjun not to give a damn to such people. After facing backlash on Twitter, the troller deleted his tweet.

I think that's show there own thinking and all.Everything in their eyes n brain.when we answer such people we are actually giving them importance.. thus in turn they get encouraged.Pls don't pay attention to such ppl.

that’s basically issues with the brains… never will women be safe and never will some men change, remember that you are a human with biggish heart and you have so many people who love respect and appreciate you constantly ❤️

Well said Mr. Kapoor! He's just jealous. That's all. You look incredibly hot in this picture. 😍 As others said, haters will hater! There is a saying I read recently….. You could be the juiciest, rippest peach but there will always be someone who doesn't like peaches. 🍑😘

Thank you for this. Open dialogue and awareness of using appropriate language. Men like you will help to change the world for the better.

This is just an individual with sick 😷 mind 🧠. Ignore please. 🙏

That's disgusting. People are using such terms so lightly for trolling someone n it's pathetic

Ppl like this need to check the mirror themselves before saying anything…the mirror itself will show them the truth about their sick mentality!!!

people can never find good in anything, don’t take such tweets to heart,people are aadat se majboor they keep tweeting such nonsensical tweets.

It’s truly shameful! Sorry u had to read such tweets..what ppl write doesn’t necessarily reflect u, but they’re showing u who they really are..

Sehwag Returned On Field With Bat & Smashed The Bowlers. Fans Can’t Miss To Watch Video
Ranveer Singh Trolled Karan Johar In Style After Abolishment Of Section 377. Too Funny To Miss