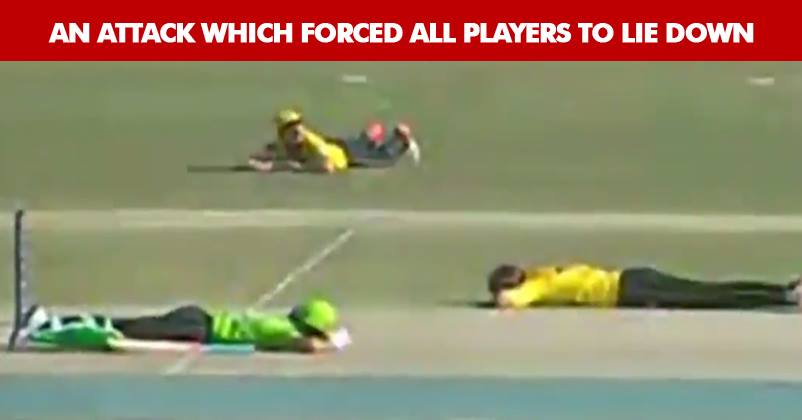 A few days back we saw how a drunk man entered the cricket stadium during a live Ranji Trophy match. The man didn’t just stopped the game but also scared the hell out of the cricketers playing at the moment.

Now an almost same incident has happened in Pakistan, thought there was no drunk man or any such person involved.

It was supposed to be the 5th ball of 14th over when suddenly the umpires layed down on the field.

In just a matter of few seconds everyone in the field layed down. You must be thinking why it happened after all?

Well, the stadium was attacked by a Bee swarm.

The reason hasn’t been reported but all these bees created a scary environment among everyone on the field. It all continued for 2 mins and then everything was back to normal.