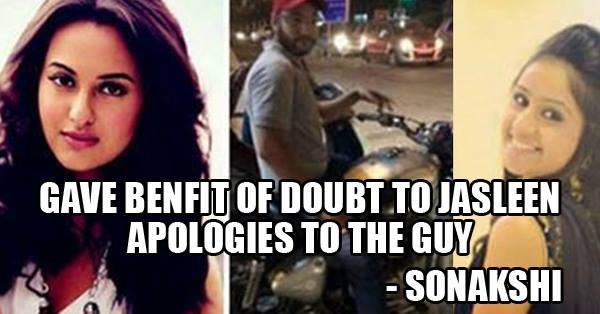 A couple of days ago, when Jasleen Kaur case came into light, the pity of whole India and Indians wake up for the ‘poor’ girl, thinking of her correct and brave and Sarvjeet Singh being a moron and pervert guy. However, as the case unfolded, all the sympathy for Jasleen started vanishing gradually in view of the fact that people came to know who is actually guilty and who is innocent.

Although Jasleen herself did not accept her mistake on National TV or social media nor she has apologized for her fault, it has become apparent to a great extent that Sarvjeet Singh was speaking a truth when he said that Jasleen was not going home but controlling traffic when she stopped him and it is at this point that Jasleen is proved wrong. What strengthens this is her act of deleting Facebook profile and that too when she made a statement of never hiding her face and name since she was not guilty or afraid of anyone. Nevertheless, the case is slowly becoming transparent, yet it’s not officially declared that Jasleen was wrong and the guy was right.

But it seems that India has also accepted and agreed to this fact that’s why Sonakshi Sinha, the famous B-Town actress tweeted the following in connection with the case:

Admitting a mistake and apologizing doesn't make anyone a smaller person…thats what I've been taught! https://t.co/3hQtJcPhHg

After reading Sona’s tweets, it seems that she is fully convinced now that Jasleen Kaur is wrong. What is your opinion about her?

9 Indian Born CEOs Who Are Working For World’s Top Companies..!!
We Asked “What Is The Best Thing You Can Do To Your Sister This Raksha Bandhan?” on RVCJ Page & Here Are The Best Comments From The Users..!!