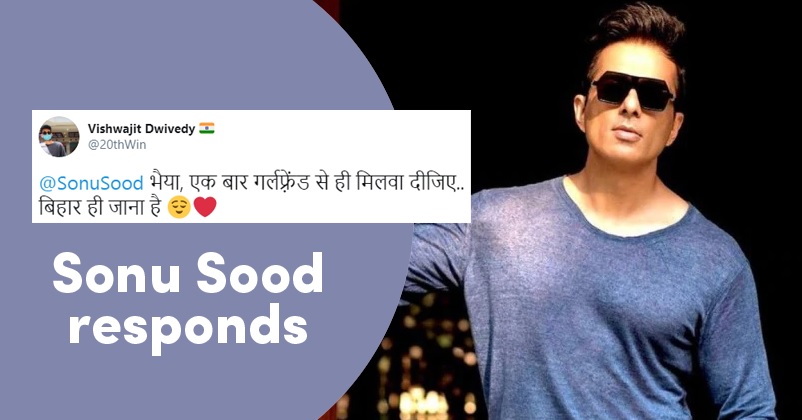 The Bollywood actor Sonu Sood has emerged as a messiah for those poor people who wanted to return to their home from Mumbai but they were not getting any means to travel. Sonu not only talked to the concerned governments but also arranged for the buses for these migrant laborers and proved that he may have played the roles of villain in reel-life but in real-life, he is a hero in the true sense. 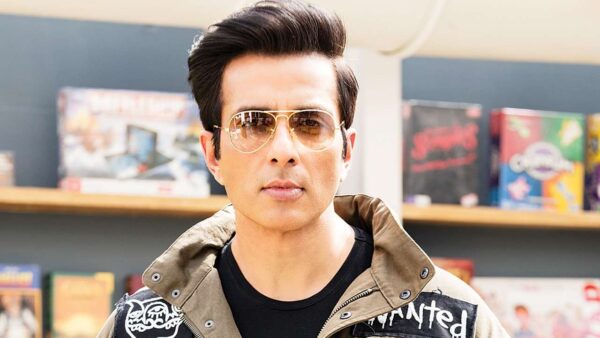 The “Kung Fu Yoga” actor was using his social media networks, especially the micro-blogging site Twitter for getting in touch with people and while there are many who are very eager to meet their family members, here is one guy who made quite an unusual request to Sonu Sood.

He urged Sonu Sood to help him in meeting his girlfriend and for the same purpose, he wanted to go to Bihar.

The actor’s response to this request was a classy one as he gave the user a wonderful yet hilarious piece of advice. Sonu tweeted, “थोड़े दिन दूर रह के देख ले भाई .. सच्चे प्यार की परीक्षा भी हो जाएगी”. It loosely translates to, “For some days try living far apart, it will be a test of real love as well”.

It won’t be incorrect to say that common public as well as celebrities and politicians are completely awestruck with what Sonu Sood is doing and words are very less to thank him for the selfless service that he is giving to the migrant laborers. Social media networks are flooded with tweets appreciating the “Yuva” actor who is very popular for his chiseled physique and toned muscles. At one fell swoop, we must say that he has a good sense of humour too which is evidently visible in his reply to the Twitterati. What do you say?