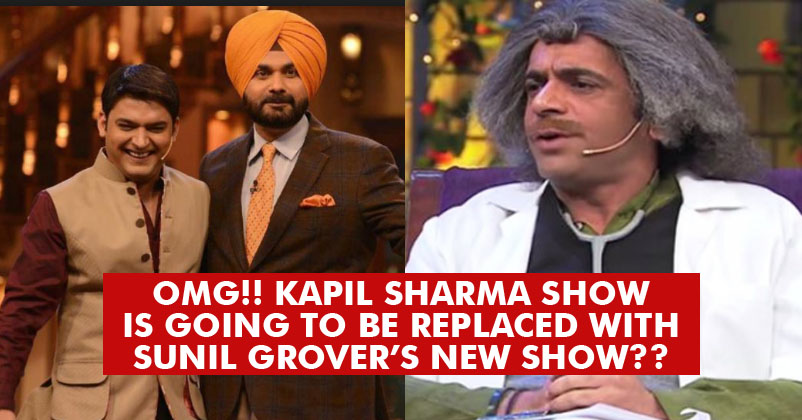 2017 is very unlucky for Kapil Sharma as situations have become worst . His war of words with Sunil has proved to be quite costly. Social media is filled with headlines about the duo and there seems to be no end to it. Every day we hear of a new development; we really want this to get sorted as soon as possible.

However, media has come up with new reports which will make you worried. Now, there are claims that Sony TV is planning to pull of Kapil’s show and replace it with that of Sunil Grover’s. Since the time Grover has quit, the TRPs of TKSS have dropped and this is not acceptable to the channel.

Sony TV has plans of investing in a new show (Sunil Grover’s) and talks for the same are going on. There are also speculations that Sunil Grover has been approached by Colors for a new show; however, the comedian hasn’t accepted the offer yet.

“Sony has rights to his characters — Rinku bhabi and Dr Mashoor Gulati— and they also earn a chunk of money from his live shows where he performs in his avatars…So they might have a show with these characters.” Do you think these reports are true? If yes, how do you think would Kapil react? Share your views in our comments section below.

Kapil Sharma’s GF Ginni Chatrath Throws A Surprise Birthday Party For Him, But He Still Appeared Sad
Aamir Khan Had Once Hurt Vidya Balan’s Ego & She Was Very Upset! Know What Exactly Happened!