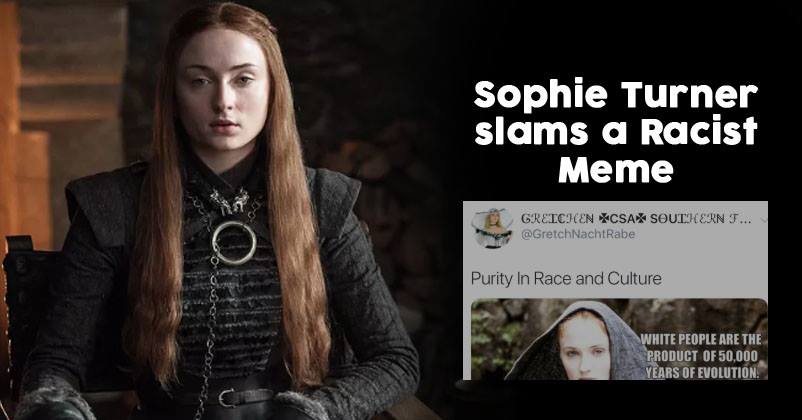 Internet is full of jokes and memes on various issues; some memes make us laugh while several others compel us to think but there are few which are used for spreading hatred and we should stand against them.

The micro-blogging site Twitter is also a great platform to post memes and one meme which was promoting racism was going viral on Twitter. The meme had a photo of Sansa Stark, a character of Game Of Thrones which is played by actress Sophie Turner. 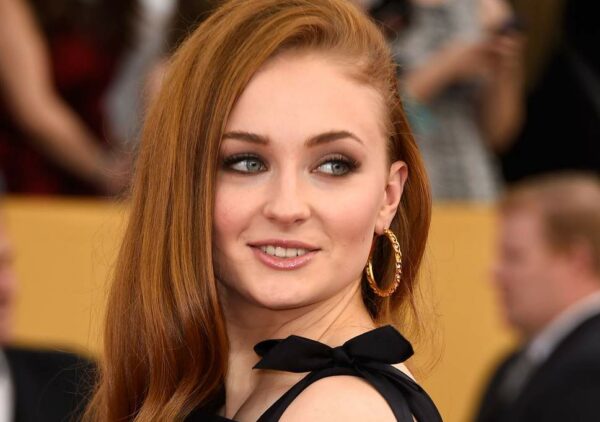 The text written on the pic was,

“White people are the product of 50,000 years of evolution. Do not destroy our genetic legacy by race mixing.

Do it right! Date and marry white!”

While the caption with which the meme was shared read, “Purity In Race and Culture” 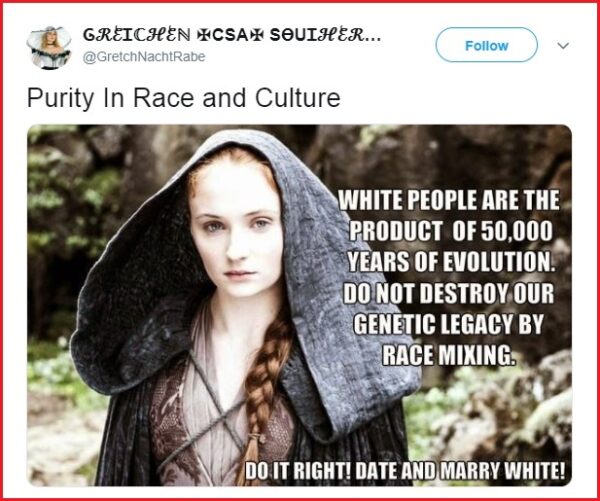 But before deletion, it was noticed by the actress and she decided to bring an end to it, she retweeted the image and wrote, “Ew. Please don’t use me to promote racism.”

Ew. Please don’t use me to promote racism. https://t.co/u2bftRCbXy

Social media users and fans of Sophie Turner are praising her for taking the right step and raising her voice on this matter. Here are some reactions:

this is so horrifying on so many different levels pic.twitter.com/UVwTOkLcbS

I just reported a huge number of racist/anti Semitic tweets by her. Holy shit I can’t believe how many Nazis there are on Twitter

Queen of the north pic.twitter.com/mVncBhEqa0

Report them? No. Sue them. I'm guessing this is some American group? Take them to the cleaners soph. Disgusting.

Modi Government Spent 56% Of Funds For ‘Beti Bachao, Beti Padhao’ Scheme On Publicity
List Of World’s Most & Least Corrupt Countries Is Out. Check Out India’s Rank