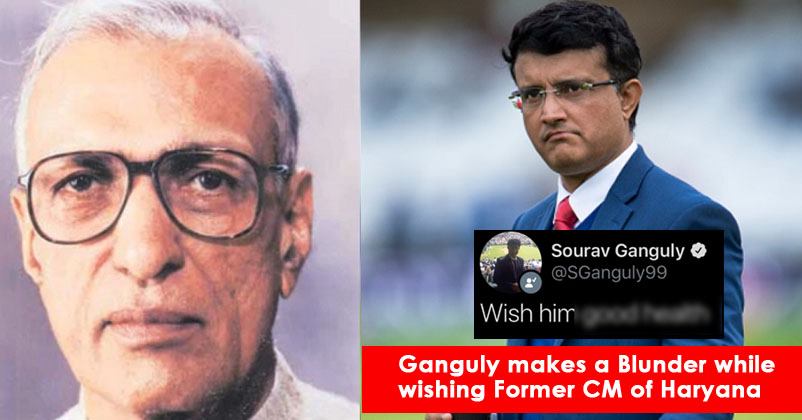 Sourav Ganguly may be one of the best cricketers of his time but it seems that he is not well aware of the Indian general knowledge. The former Indian skipper is quite active on social media and recently, he committed a big mistake on the micro-blogging site Twitter which made him a laughing stock. 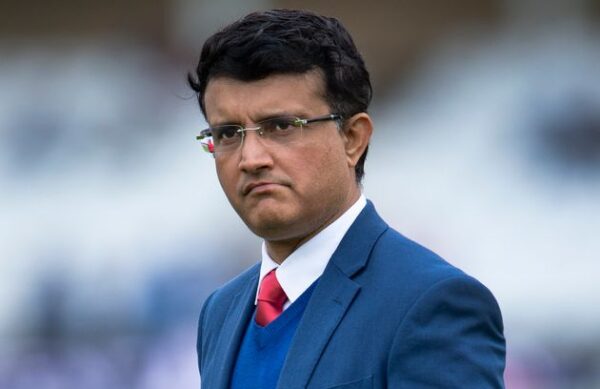 On August 26, a Twitter handle Haryana Tweets made a tweet in which it paid respect to the former Chief Minister of Haryana, Bansi Lal Legha who was more popular as Bansi Lal. 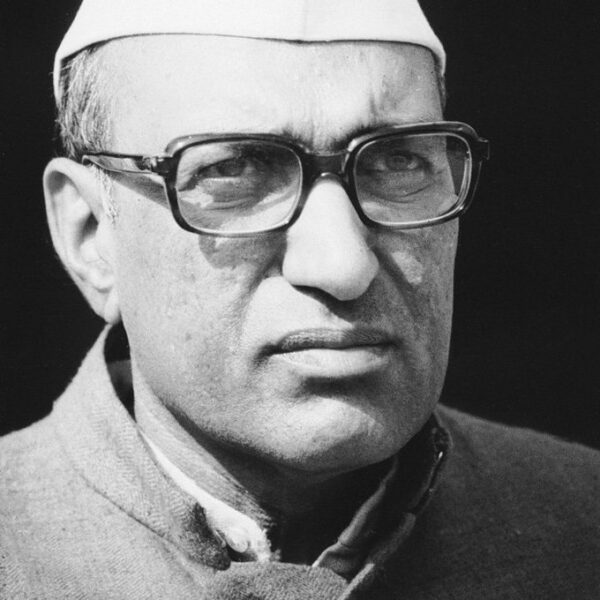 This is what it tweeted, “Respects & Homage to former #Haryana CM & great Administrator Ch Bansi Lal on his birth anniversary. #HaryanaKaLaal”

The former Indian captain also responded to the tweet and wished him good health despite the fact that Bansi Lal took his last breath on March 28, 2006. 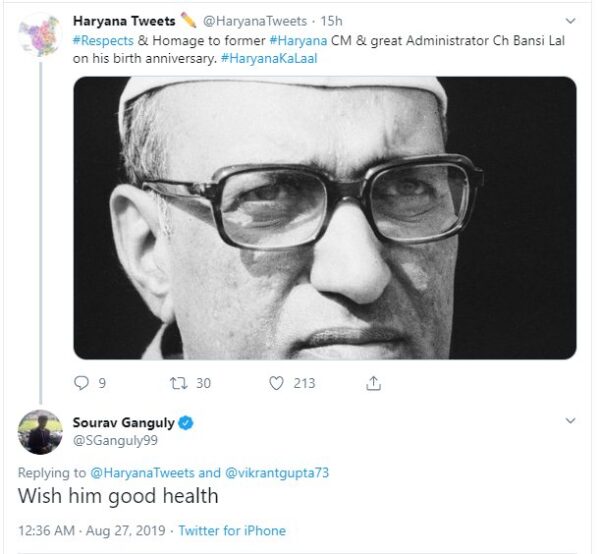 This mistake was soon noticed by netizens and we all know that Twitter doesn’t spare anyone, be it one of the most popular Indian cricketers. As a result, Sourav Ganguly got trolled for his blunder and later when he realised the goof-up that he made, he deleted the tweet.

Dada wo nahi rahe he passed away in 2006! So to whom u wishing good health

He ia gone long ago

Bansi Lal served the people of Haryana four times as the CM in the years- 1968, 1972, 1986 and 1996. He was an Indian freedom fighter and was in the close circle of the former Indian Prime Minister Indira Gandhi. Bansi Lal also served as the Indian defense minister from 1975-77 and is referred to as the architect of modern Haryana. However in the year 1996, he left Congress and formed his own party which was named as Haryana Vikas Party.

Hopefully next time, Sourav Ganguly will make sure that he doesn’t make a mistake of this type.