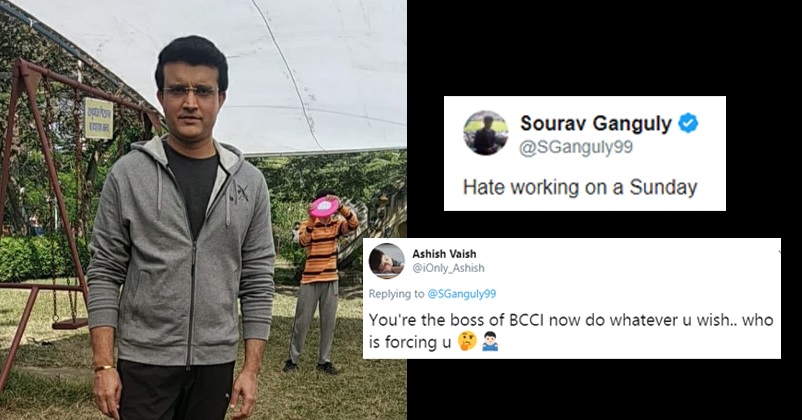 There is no denying the fact that almost all of us hate to work on Sundays and the same is the case with the former Indian cricketer and present BCCI President Sourav Ganguly. 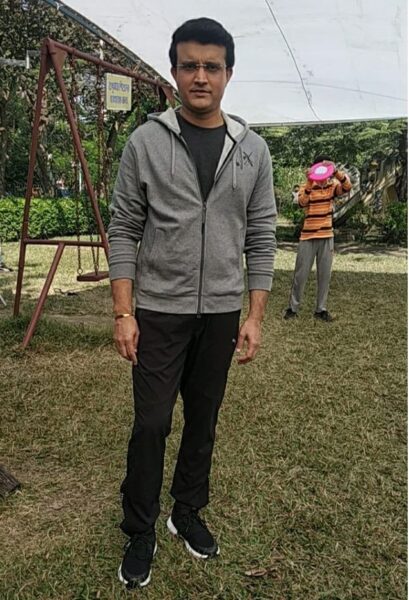 The former skipper has been involved in taking some innovative steps such as organising the Day and Night Test match. The test match between India and Bangladesh which was played at Kolkata went wonderfully and the board has already chosen some other venues for the Day and Night test matches which are played with pink ball.

Sourav has also put forth his idea of organising Super series in which four top playing nations- India, Australia, England and one more team can take part. While this idea has been liked by some as it will help in improving the game among the top four cricketing nations, it sounded partial and discriminatory to several too in view of the fact that other nations won’t be a part of it.

Recently, Sourav Ganguly posted a tweet in which he is seen standing in a park dressed in casuals and the caption that he wrote was, “Hate working on a Sunday”.

Hate working on a Sunday pic.twitter.com/r7TMjyUqyU

As he posted this tweet, the micro-blogging site got flooded with mixed responses and here is a collection of tweets for you:

You're the boss of BCCI now do whatever u wish.. who is forcing u 🤔🤷🏻‍♂️

Apart from BCCI prez, u should work as a model too… As Side Business… 🎉🎊🤣😜
Many Love from bottom of the heart… 💘💕

Great job dada .I hate to work even on weekdays… So sleepy ths days.

Then allow me as a BCCI chief on sundays 😉😜

Awwww. Do you want me to take your position? 😁

You seem to be enjoying…

Do you also hate working on Sundays?