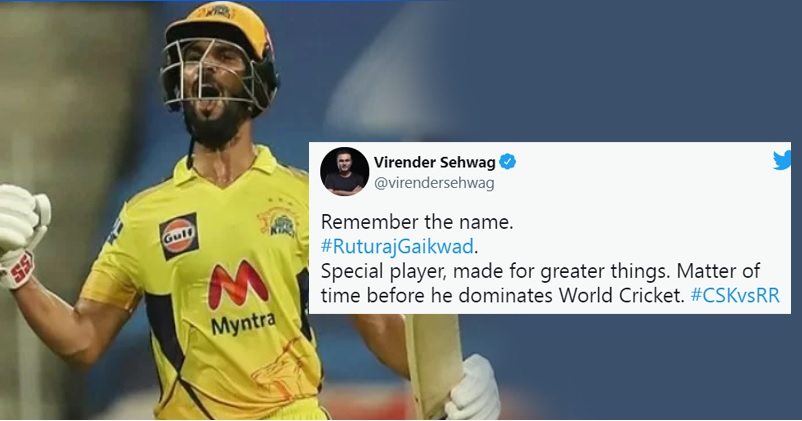 Many young cricketers are making their presence feel in the second leg of the IPL 2021 and Ruturaj Gaikwad is also one of them. Ruturaj Gaikwad plays for Maharashtra in the domestic level and in the IPL, he is playing for MS Dhoni-led Chennai Super Kings. In the match against Rajasthan Royals which was played yesterday at Sheikh Zayed Stadium, Abu Dhabi, he scored his maiden IPL century and not just cricket fans but many former cricketers showered praises on him. 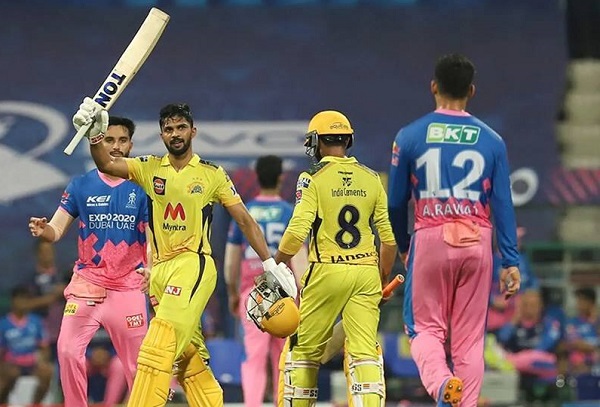 Ruturaj Gaikwad’s innings was certainly a treat for the eyes as he smashed all the RR bowlers all over the ground and what made his innings more special was that he completed his century by hitting a huge six of the last ball of the innings which was bowled by Mustafizur Rahman. Ruturaj scored 101 not out in 60 balls and his innings included 9 fours and 5 sixes.

Needless to say, he played an important role in helping his team putting up a total of 189/4 on the board. Ruturaj has now become the eighth CSK batsman to score a century in the IPL and as far as the IPL 2021 is concerned, he is the first batsman to cross the 500 runs mark. He has scored 508 runs till now and is followed by the skipper of Punjab Kings, KL Rahul with 489 runs.

Twitter was flooded with tweets in appreciation of Ruturaj Gaikwad and he is being touted as a special player who is going to be the superstar of the future. Here are some of the selected reactions:

Remember the name.#RuturajGaikwad.
Special player, made for greater things. Matter of time before he dominates World Cricket. #CSKvsRR pic.twitter.com/XPp69w9tgE

Ruturaj and Jaddu returning back to the dressing room. What an innings @Ruutu1331 👏🏻 #RRvsCSK #IPL2021 pic.twitter.com/aCRcVnrw5U

The next decade's super star has emerged for @ChennaiIPL! What a knock @Ruutu1331 brilliant display all around the ground! #CSKvsRR #IPL2021

Ruturaj Gaikwad's acceleration through the middle overs is so good. Sign of class. He is ready to play at a higher level.

What a sensational innings. Take a bow Ruturaj Gaikwad!!

Top innings from Orange Cap Holder Ruturaj Gaikwad. One of the best I've seen in the recent past !

As far as the match is concerned, the toss was won by the Rajasthan franchise which chose to bowl first. CSK got a steady start as openers Ruturaj and Faf du Plessis (25) produced a partnership of 47 runs for the first wicket but after the dismissal of Faf du Plessis, Suresh Raina (3), Moeen Ali (21) and Ambati Rayudu (2) got out quickly and Ruturaj’s search for a good partner ended at Ravindra Jadeja who played a blistering knock of 32 runs not out for which he played 15 balls (4 fours & 1 six). 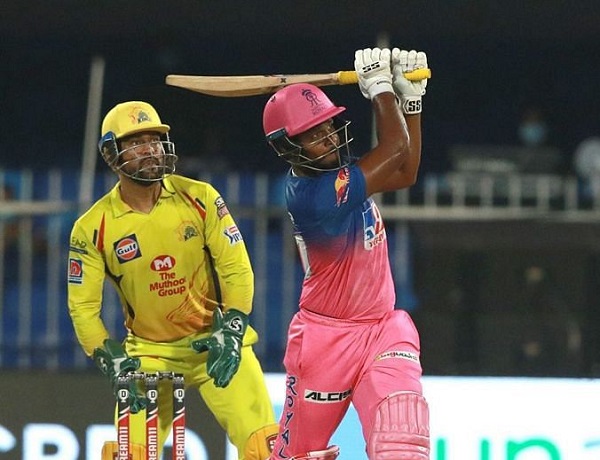 However, the batters of Rajasthan Royals were quite determined to chase the target successfully and the RR openers Evin Lewis and Yashasvi Jaiswal gave a flying start to their team. While Evin Lewis got out on 27 (12 balls, 2 fours & 2 sixes), Yashasvi Jaiswal played a smashing knock of 50 runs (21 balls, 6 fours & 3 sixes). The RR skipper Sanju Samson got out early at 28 but Shivam Dube played a cracker of an innings as he scored 64 runs (4 fours & 4 sixes) and as a result, RR won the match by 7 wickets by scoring 190/3 with 15 balls remaining in their innings.

Despite the fact that CSK lost the match, the Player of the Match award was given to Ruturaj Gaikwad and there is no denying the fact that the 24 years old cricketer certainly deserved it.

This defeat hasn’t affected CSK as it has already qualified for play-offs but it has certainly kept the hopes of RR going to play-offs alive.