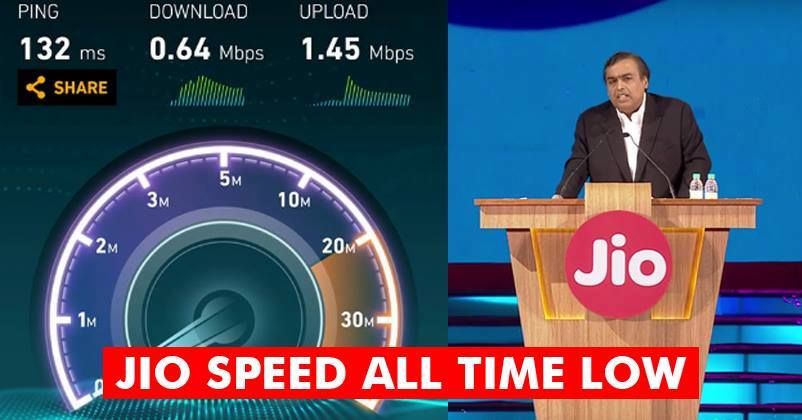 In a country where people were still thriving on old 3G speed networks and expensive 4G schemes, Mukesh Ambani came up with one of the most brilliant and amazing scheme to empower every Indian citizen with high downloading speed at low pricing. It gave them the hope to connect with rest of the world and the confidence to become the new benchmark of a truly digital world which all of us dreamt off.

The Jio 4G Offer was in the market for quite some time before April 2016, but it was the month of August 2016 which changed everything and disrupted the entire Telecom market with its amazing customer acquisition rate. During January 2016, only 97,673 people had used Ookla app for testing 4G Speeds, but in the month of August 2016, these users abruptly increased upto 2,742,413, and took a massive jump to 8,214,512 in September 2016, the month when Reliance Jio became more widely available.

Here is another data interpretation explaining the gradual increase in 4G speed tests and then a sudden jump in September. The following graph shows Reliance Jio users in the blue colour and rest of the 4G users with purple colour. There is no doubt that RELIANCE Jio has played a big role in the participation of people for opting 4G schemes over the conventional 3G networks. But has it lived upto the expectations for providing a TYPICAL 4G SPEED ? Well after a month of its official launch, people have something different to say. It is confirmed by the Speed Test App – OOKLA APP, that the 4G Speed of Reliance Jio has indeed gone down. Through the results shared by the OOKLA App, we can conclude that as the number of users are increased, the mean or average download speed for every user is decreased. And when we say that the average download speed is somewhere around 8.8 mbps, it does not necessarily mean that every single user is getting such speed. In my personal experience, I have experienced download speed as low as 0.12 mbps which is way below what we call as 4G SPEED. However, there were also some fine occasions when the speed shot up way much higher than 30 mbps which was great yet unstable.

But on an average, it is confirmed that the download speed has indeed gone down which is something that doesn’t seems so good. Given the rate at which Jio users are increasing and the proportionality with which its downloading speed is falling, it hardly seems like RELIANCE Jio can provide us the desired speed which they had promised us. Well, apart from the gradual slow speed rate, Reliance Jio has however managed to influence the entire Telecom Market with its ultimate low pricing which has made its competitors to cut down their prices so as to survive in this tough competition. Reliance Jio’s interesting marketing schemes like providing free sim cards, free calls, free data and free sms have indeed helped the company to take off with a good start but it is month of January 2017 which will project the real success of Reliance Jio when their customers will actually have to buy these schemes along with such controversial and unstable downloading speeds.

TRAI Questions Reliance Jio On Free Voice Call Offers, No More Free Voice Calling?
You Think iPhone 7 Is An Expensive Phone? Then What Will You Call This Phone?