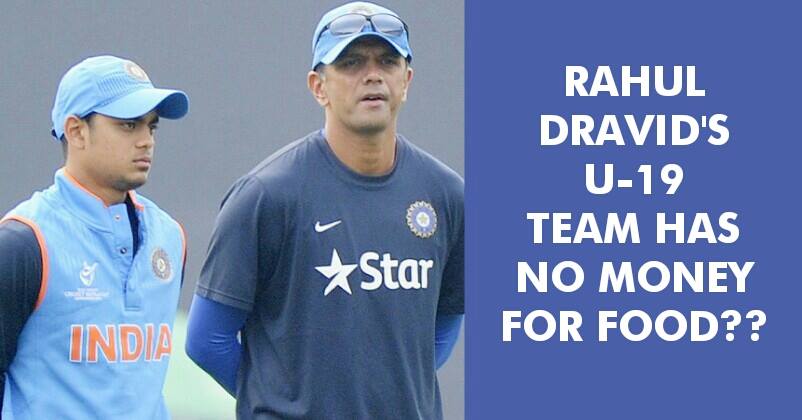 Since the time, the Supreme Court has ordered removal of Ajay Shirke, the secretary of BCCI and Anurag Thakur, the president of BCCI, it has been a TOUGH TIME for Indian Cricket team. Although, India showed a brilliant performance in the matches against England, the U-19 team along with coach Rahul Dravid are suffering! Want to know what happened? Well, according to reports, they have not yet received their daily allowances. This is because, after removal of Shirke, there is no official person to sanction their daily funds.

Basically, the allowance that the team gets is Rs 6, 800 per day, but due to absence of an official to sign, they have to stay without any funds. Not only this, the players have to now depend on their parents for eating dinner, due to shortage of money.

“We are managing somehow. During match-days, one meal is organised by the host association and breakfast is complimentary at the hotel. But the biggest problem is dinner. We are put up in a posh hotel in Mumbai where a sandwich costs over Rs 1,500. Players have no option but to step out for a meal after a tiring day on the field.”

Currently, the administrative matters are being handled by Vikram Limaye, Anirudh Chaudhary and Amitabh Chaudhary. As of now, they are looking for a signatory to handle the payments for the juniors. On the other hand, the senior team is being handled by Rahul Johri, the CEO of BCCI. It’s really sad that in spite of living in such a lavish hotel, the team is deprived of funds. What’s your take on this? Do share in our comments section below.