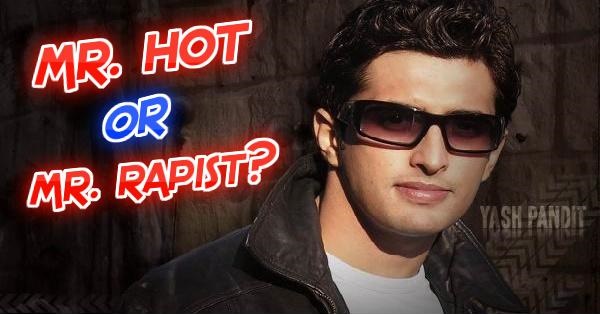 A 28 year old actress has filed a complaint against the actor Yash Pandit for raping her several times. Yash Pandit is known for his work in TV sitcom Kyunki Saas Bhi Kabhi Bahu Thi and TV show Splitsvilla 8.

As per a report from Mid-Day, actress was raped many times by Yash at his residence in Juhu, and they both have known each other since they met for the first time on the sets of a TV show on September 13.

The report published in India Today says that the actress has alleged that in November, Yash took her to his residence saying that he will introduce her to his parents and then he compelled her get intimate with him many times.

After some time when Yash raped the 28 year old actress many times, he started ignoring her which forced the actress to file an FIR against Yash. It is reported that the actress has claimed that Yash had admitted to have same type of relations with other ladies as well in the past.

If the actress has to believed, the police is not making enough attempts to catch Yash because of the influence of the actor. While the police is saying that they are on a look out for the actor, it’s just they haven’t been able to find him till now.