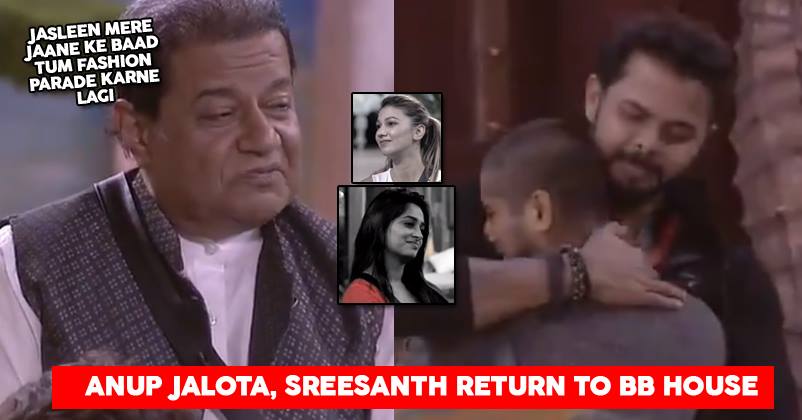 Bigg Boss 12 is going to get more controversial, interesting and entertaining as Bhajan Samrat Anup Jalota and former Indian cricketer Sreesanth who were keeping an eye on the activities of all the housemates from the secret room will finally return to the main house.

Needless to say, since they have got an idea of which contestant is in their favour and who is a wolf in sheep’s clothing, they will get to play the game in a better way. In fact, it won’t be wrong to say that they are one level up from all other housemates and Anup Jalota himself admits that he has returned to the house after getting a little educated so he will certainly play better than others. 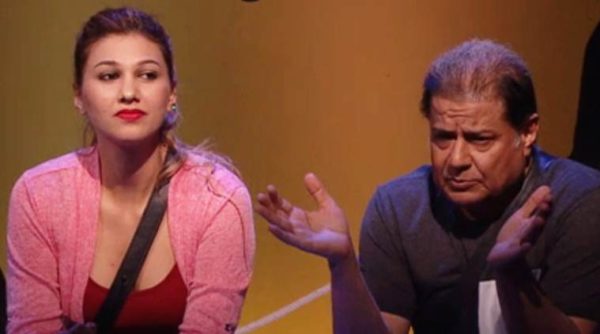 Anup also took a jibe at Jasleen and said that she did not do the work for which he left her in the house, adding that she was more indulged in fashion parade rather than being strong and playing well. He also said that he could stay in the house and instead chose Jasleen to go at that time as the decision was in his hands. Later he revealed that he was looking at everything happening inside the house and now he would stay for a long time and play the game well. He in fact went on to say that he would fight with Jasleen as well.

When Deepak asked him about the elimination episode of Sreesanth, Anup stated that Sree was crying bitterly and saying that two people deceived him – Dipika and Shivashish.

Then Sreesanth entered the main house and contestants screamed with joy after seeing him. He hugged Deepak and praised the song that he made for him. He also hugged Saba and Surbhi and asked Srishty to be strong. Later he met Dipika, asked her well-being and said that she knows the whole game. Subsequent to this, Dipika was seen going somewhere alone as if she was hiding her emotions.

It appears that return of Sree and Anup will bring a lot of twists and turns in the game and the real fun will begin now. What do you say?

This Is What Saif Ali Khan Would Do If Anyone Dares To Misbehave With His Daughter Sara
Bigg Boss Plays Masterstroke & Breaks Jodis. Now Everyone Will Play Single & Against Each Other