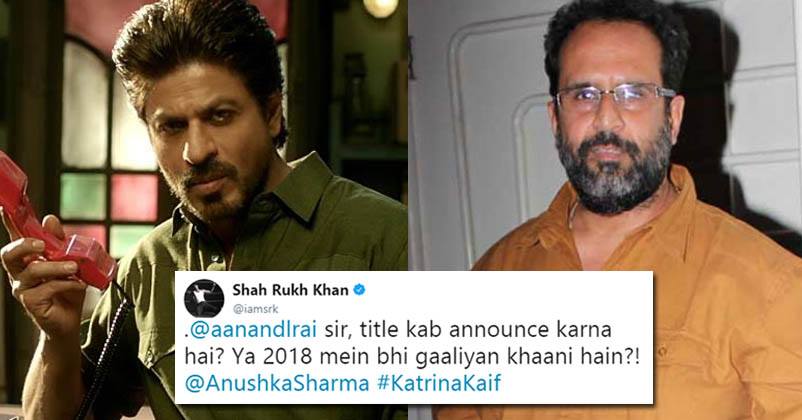 It’s time to bid goodbye to 2017 and welcome 2018 with a bang! One reason why we were eager for 2018 is because many amazing films will hit the screens, one of them being SRK’s untitled with Aanand L Rai.

We keep getting news about this movie but unfortunately, the name hasn’t been announced yet. All we know is SRK, Anushka and Katrina’s next with Aanand L Rai. In the movie, SRK would essay the role of a dwarf and this is making us all the more curious.

We so wish to know what this movie will be titled. Looks as if even SRK understands the impatience of fans, which is why he urged Aanand L Rai to reveal the title of the film ASAP. Fans are giving them “Gaaliyan” because they have kept the name secret.

SRK asked Aanand L Rai if he has plans to listen to these gaalis in 2018. What followed next was a sweet conversation. Have a look;

On which Aanand Rai replied

SRK asked if he will just announce the title or show something!

He said 1st day of the New Year should be a good day to show something!

Done from his side also!

Wow, so it’s 5 pm tomorrow. Guess the makers will not only reveal the title but will also release the posters or teasers of the film. What better way than starting our New Year?