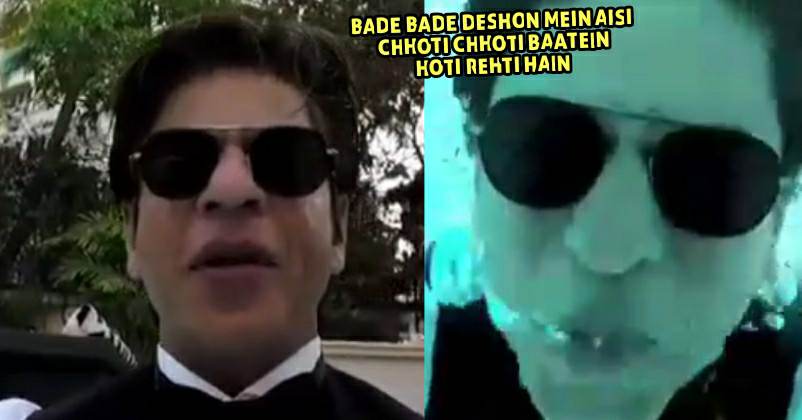 If we count biggest stars Bollywood has ever produced, then Shah Rukh Khan’s name cannot be skipped. The Baadshah of Bollywood has a long list of Blockbusters on his name and has millions of die-hard fans. 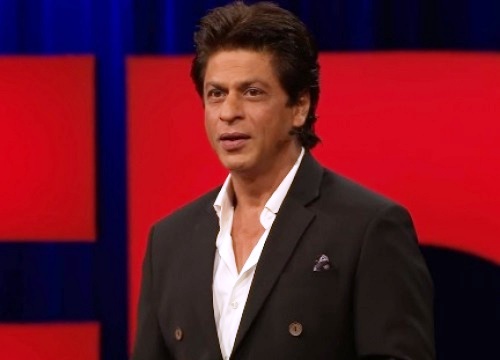 As he achieved the big milestone, Shah Rukh Khan posted a video on Twitter. In the video, he can be seen thanking his fans in a unique way.

SRK who is currently busy shooting for his upcoming film Zero can be seen wearing a full tuxedo in the video. He tells that he never got enough time to thank his fans in a special way but today he has got the time and he will do it in a very heartfelt way. Soon he goes under-water and speaks all his iconic dialogues being there. 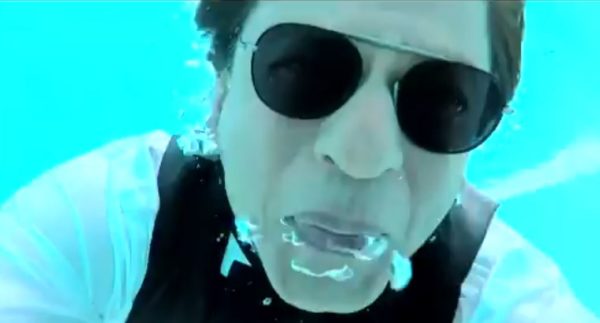 While it’s difficult to understand what he says under-water but if you pay a bit attention then you can clearly understand the dialogues.

This didn’t go as planned…but on a lazy Sunday afternoon, with my limited floatation expertise..this is the best I could do! Judge nahi karna, feel karna…Thx.

This didn’t go as planned…but on a lazy Sunday afternoon, with my limited floatation expertise..this is the best I could do! Judge nahi karna, feel karna…Thx. pic.twitter.com/50miTK7QKK

We love you SRK… for this video, for teaching us love and for all the beautiful films you have given us in your career.

This is how his fans reacted to the video-

And a big kiss right back to you my angel 💋 Miss you pic.twitter.com/ygZTNyhKSi

I feel you Shah…I feel what’s behind the smile..the jokes…
You give us so much happiness my love. Throughout my life, during all of my struggles you have been my hope & strength. I hope some of us 33 Million & beyond can bring you a fraction of the happiness you give us ♥️ pic.twitter.com/NmuRVled6H

OHMYGOD JAAN WHAT DID YOU DO TURNED ME SPEECHLESS😍HOW SPECIAL & BLISSFUL CAN BE YOUR SURPRISE PRESENT ALWAYS MAKE ME MESMERIZED💗THIS IS PURE HEARTFELT JAAN WHICH IS BEYOND PLANNED PERFECTION OHMYMY I'M STILL ON A ROLAR COASTER RIDE WITH A HUGE SMILE❣️LOVE YOU JAAN THANKYOUU💋 pic.twitter.com/TWDZcGt9O8

Day 2 Collections Of Pad Man Are Out. Shows A Good Growth On Saturday
Pak Bans Pad Man. Women There Slam The Decision & Say, “We Too Bleed”