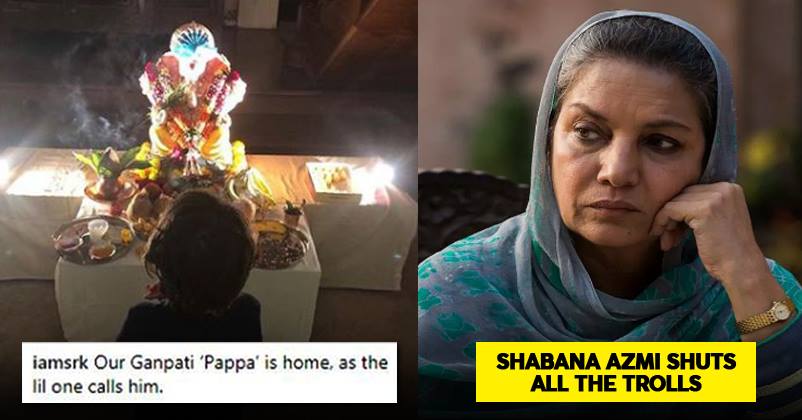 Bollywood has been celebrating Ganesha Chaturthi by bringing home Lord Ganesha’s Idol and a few days back Bollywood’s King also took his Instagram account and shared a photo in which Abram can be seen worshipping Lord Ganesha.

Here is the picture 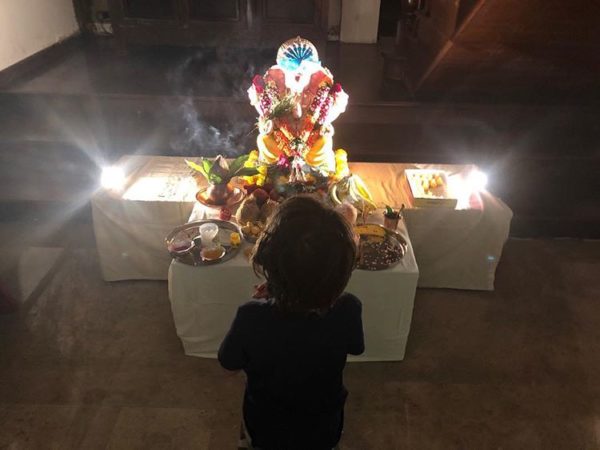 Shah Rukh Khan is always known to celebrate festivals with equal faith and enthusiasm, be it Janmashtami, Diwali, Eid or Ganesh Chaturthi and teaching his kids the same.

But he got badly trolled for this because he is a Muslim. People start trolling Shah Rukh in the shake of his religion, they said its forbidden in Islam.

But now Bollywood’s actress Shabana Azmi tweet a message in support of Shah Rukh Khan. On Tuesday she took her Twitter account and wrote
“That’s disgusting. To troll Shahrukh for this. Ganesh Ji is a deity of all Maharashtrians which @iamsrk is by virtue of Mumbai being his Karma Bhumi and Gauri is Hindu.”

That’s disgusting. To troll Shahrukh for this. Ganesh Ji is a deity of all Maharastrians which @iamsrk is by virtue of Mumbai being his Karma Bhumi and Gauri is Hindu.

Nowadays when it comes to posting hateful comments on social media, trolls do not have any bar, but it’s unnecessary to troll anybody in the shake of religion.

Big Boss 12 Fame Shivashish Mishra And His Pics Are The New Crush Of People
These Bollywood Actors Opted For Surrogate Babies. We Respect Them