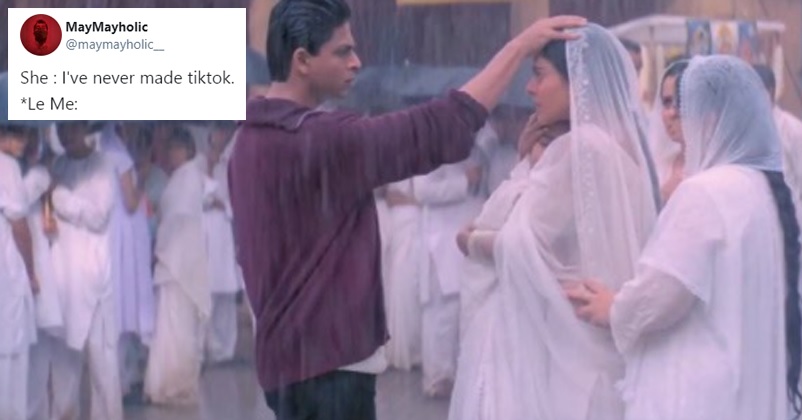 Bollywood actor Shah Rukh Khan and actress Kajol make one of the most adored and loved on-screen couples and their presence in a movie is a guarantee of success for the makers. Karan Johar directed “Kabhi Khushi Kabhie Gham…” is one of the biggest hits in which Shah Rukh and Kajol worked together and other than them, the flick also stars the legendary Bollywood actor Amitabh Bachchan, Jaya Bachchan, Hrithik Roshan, Kareena Kapoor Khan and others. 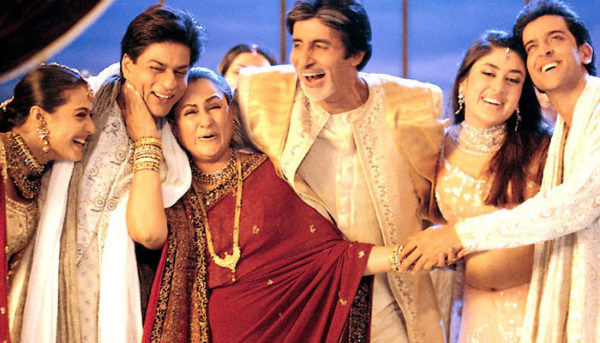 K3G got released in the year 2001 and is still watched by many when it comes on television. The chemistry of Shah Rukh Khan and Kajol was loved by fans and just like many other Bollywood movies, one of the lovers was poor while the other was rich in K3G.

SRK belonged to a rich family while Kajol hailed from an ordinary middle class family, they fell in love with each other but they knew that getting married would be tough for them due to difference in their status.

However, there is one scene in K3G in which Shah Rukh places his hand over Kajol’s head after he comes to know that her father, the character played by Alok Nath, departed from this world. In this scene, SRK proposed to Kajol which is certainly a different style of proposing and recently this scene is being used by fans for making memes and jokes. 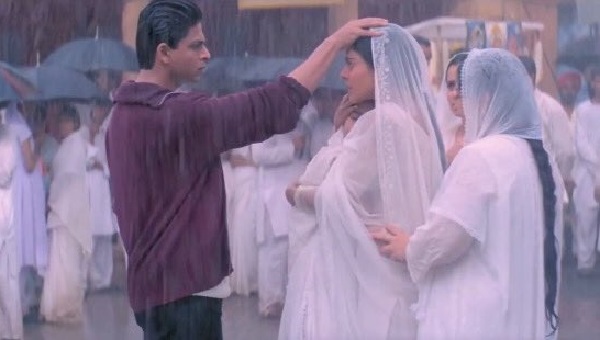 Here are some selected memes:

She : I've never made tiktok.

when she chooses water over Coca-Cola pic.twitter.com/hI0q1tyTPd

when she gets your meme references in the conversation pic.twitter.com/CuazliUYRQ

When she's into test cricket pic.twitter.com/MgrhhjOmY7

when she says sorry first pic.twitter.com/6a1wHUHiNQ

when she listens to Mohit Chauhan,
in this generation of the The Weekend : pic.twitter.com/hOEgtzygCd

aditya roy kapoor to daaru in every movie : pic.twitter.com/9v0bUlpy4u

When she has the same music taste as yours pic.twitter.com/wAxcdfdmuR

When she got the same sense of humour as yours pic.twitter.com/X3UNJQjhLq

When she equally likes art films and commercial movies pic.twitter.com/Ya3OEa9jy0

when she says she prefers Dal makhani over pizza. pic.twitter.com/veIQ3mxqmf

The last time SRK and Kajol came to work together was for Rohit Shetty directed “Dilwale” which also starred Varun Dhawan and Kriti Sanon in prominent roles.