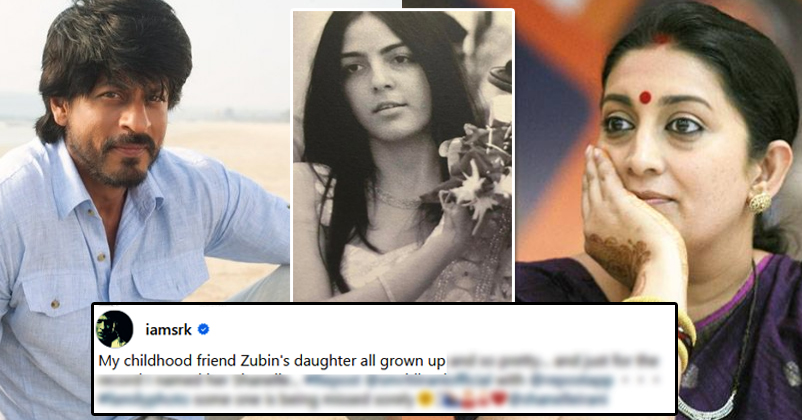 SRK is one such superstar who has not forgotten his roots despite the overwhelming popularity. King Khan still misses his friends in Delhi and makes it a point mentioning their name in events, interviews or anywhere he is. SRK has often told that during his initial days in Mumbai, he used to borrow money from friends to travel. So recently when Union Minister of Textiles and the former TV actress Smriti Irani shared the pic of her stepdaughter Shanelle on Insta and told how much she’s missing her, SRK made an interesting revelation. Many of you will be surprised to hear this interesting fact shared by SRK; he said it was him who named Smriti & Zubin Irani’s (his childhood friend) daughter Shanelle when she was born.

This is what Smriti Irani shared;

#familyphoto some one is being missed sorely ????‍[email protected]

#familyphoto some one is being missed sorely 😩🤕🙋👩‍👧💝@shanelleirani

Isn’t that sweet? This proves the deep bond SRK shares with his friend Zubin Irani.

Shahid’s Wife Mira Caught By Traffic Cops Over Parking Issue! What She Did Next Shows Her Smartness!
Dangal’s Director Gave An Epic Response To Baahubali 2’s 1000 Crores Club! Read It Now!