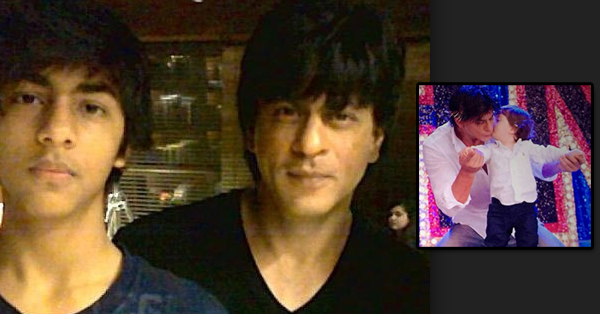 NO THIS IS NOT AN APRIL FOOL PRANK!!! Good News for all the King Khan Fans out there. King Khan now is all ready to pull in both his sons into Bollywood & cast them in the remake of Oscar Winning Hollywood movie “Boyhood”. Boyhood is a beautiful journey of a boy depicting his early childhood till he reaches 18. It is said that SRK is in talks with the makers of the movie to pull in the making rights.
Sources say that Aryan Khan, King Khan’s Elder son saw the movie and loved it so much that he couldn’t resist calling King Khan and asked him to watch the movie.
SRK after watching the movie was so impressed that he decided himself to produce the movie and asked Aryan he he could like to act in the movie.
As per the news(not yet confirmed) SRK is set to play the character of Ethan Hawke, Also both his son Aryan and AbRam will be seen in the movie. Though the remake is not yet finalized but it would be a great pleasure to watch the trio King Khan & His Sons to share the screen.