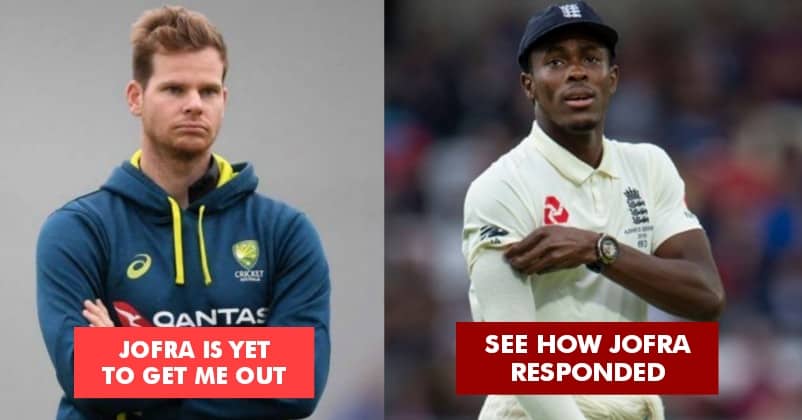 The ongoing Ashes series between England and Australia has become more interesting after England won the third test match and leveled the series by 1-1, thanks to the wonderful innings by Ben Stokes. There is no denying the fact that Australians must have missed Steve Smith who was ruled out from the third test match due to injury.

Steve was performing great in the Ashes but things changed when Jofra Archer was included in the England squad in the second test match. Jofra’s bouncer hit Steve around his neck and he left the game after concussion test.

Cricket fans must have loved the competition between Jofra and Steve and they would certainly love to see more in order to make sure as to who is better of the two.

Recently, Steve Smith breaks silence on the debate which suggests that Jofra has wood over him; however, the Australian batsman is of the opinion that Jofra hasn’t actually got him out.

Jofra Archer also decided to respond and the Barbados born bowler said that he wanted to bowl Steve but he couldn’t as he did not return in the Lords test match. However at one fell swoop, he appeared to be quite relaxed and confident when he said that there is enough time to get Smith out. 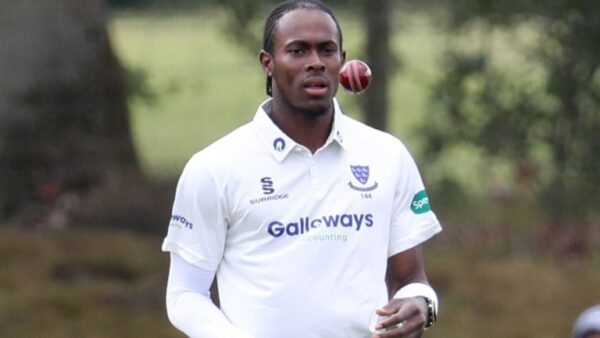 Jofra appreciated Steve’s efforts and called him a world-class batsman but he also said that Smith can’t make his team win the match just by himself. He also added a tinge of satire when he said that he can’t get Steve Smith out if he was not there.

Well taking all this into consideration, it might not be wrong to say that the cold war between Jofra Archer and Steve Smith is not over yet and is still going on, if not on the pitch, then off the field. What do you say?

Pak Actress Asked Jimmy Neesham, “Would You Like To Be Daddy Of My Future Kids?” See Jimmy’s Reply
Desi Twitter Slams Surrey Cricket For Calling Ben Foakes As The Fastest Skipper