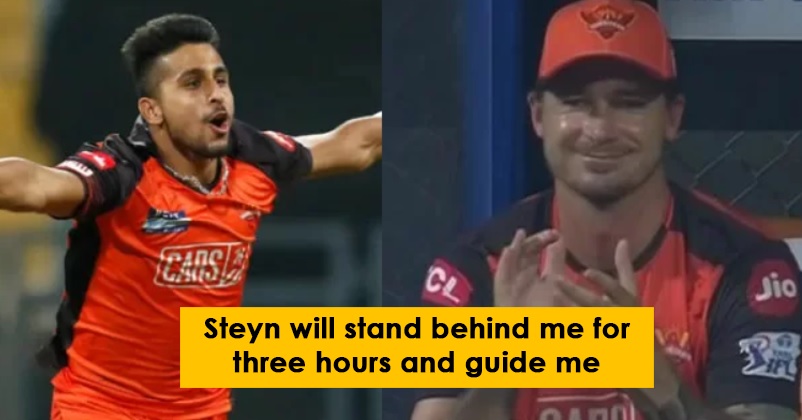 The Sunrisers Hyderabad is having a tough time in the IPL2022 as they are sitting at the 8th position in the points table with just 6 wins in their 13 matches and their chances of entering the play-offs are almost negligible now. 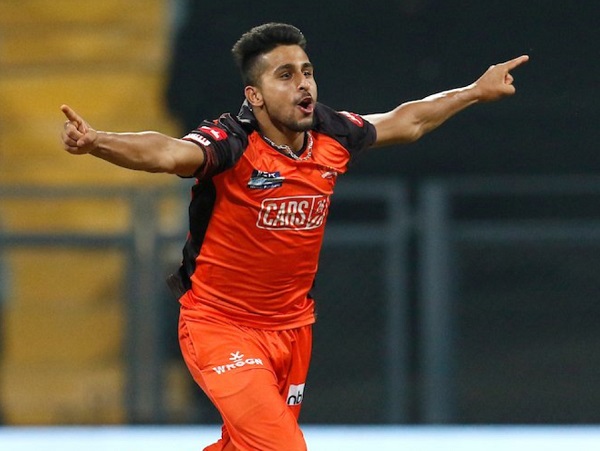 However, SRH pacer Umran Malik has been making headlines for his bowling with lightning speed, the pacer from Jammu & Kashmir has bowled around 150km/h in the tournament and his fastest delivery was 157 km/h which is also the fastest of the IPL2022. As far as statistics is concerned, Umran Malik has taken 21 wickets in the 13 games that he has played and it also includes a fifer and many cricket fans are of the opinion that he should be inducted in the national team as soon as possible.

Yesterday also in the match against Mumbai Indians which was played at Wankhede Stadium, Umran Malik bowled superbly as he took 3 wickets in his 3 overs and gave away 23 runs. After the match, Umran Malik had a chat with one of his teammate, senior bowler Bhuvneshwar Kumar, the pacer gave credit to SRH bowling coach Dale Steyn for his success in the tournament.

Umran Malik said that Dale Steyn stands behind him in the nets while bowling and guides him even if he practices in net for three hours. The speedster stated that the pace comes to him in a natural manner and people didn’t want to bat against him even he used to bowl with tennis ball because he was very quick. 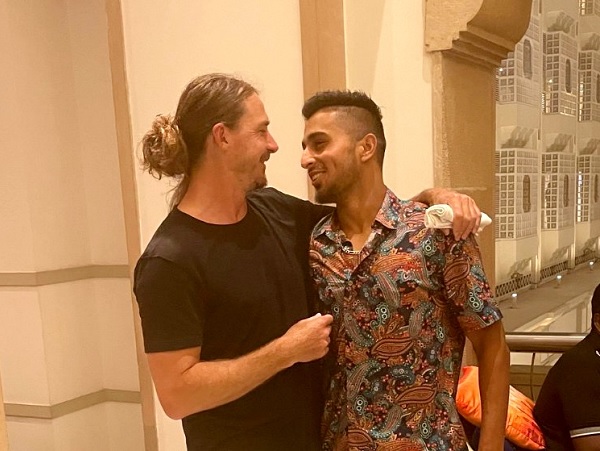 The 22-yr old also talked about the chainsaw celebration, he said that Dale Steyn used to do it whenever he (Malik) took wickets during the net sessions and one day when SRH pacer did it he got stuck with him.

As far as the match between SRH and MI is concerned, the five times champion won the toss and decided to bowl first. The SRH batters put up a good show, especially, Rahul Tripathi who scored 76 runs (44 balls, 9 fours & 3 sixes) and useful contributions were made by Priyam Garg (42 runs, 26 balls, 4 fours & 2 sixes) and Nicholas Pooran (38 runs, 22 balls, 2 fours & 3 sixes) which helped the 2016 champions in putting up 193/6 on the score board.

MI got a good start as skipper Rohit Sharma (48 runs, 36 balls, 2 fours & 4 sixes) and Ishan Kishan (43 runs, 34 balls, 5 fours & 1 six) produced a partnership of 95 runs for first wicket. But they lost the momentum after they both got out as wickets fell in regular intervals until Tim David turned the tables upside down by playing a fiery knock of 46 runs (18 balls, 3 fours & 4 sixes), however unfortunately for MI he got run out and MI needed 19 runs in the last over. SRH bowler Fazalhaq Farooqi bowled the last over of the MI innings, thought Ramandeep Singh managed to hit a four and six in this over but still MI fell short by 3 runs and eventually SRH won the match. 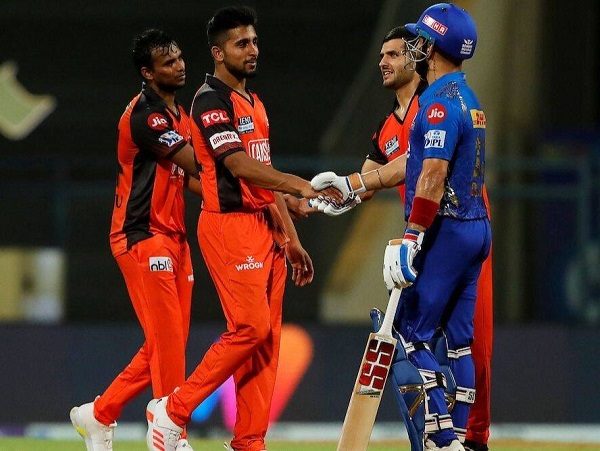 If SRH has to enter the play-offs, it has to win its last league match which is against Punjab Kings with a big margin and has to hope that the results of the matches of other franchises also go its way.

Well, one thing is for sure, Umran Malik will definitely don blue jersey soon, what do you say?

“It Was Kohli’s Chance To Win IPL As Captain,” Shane Watson Opens Up On IPL2016 Final
MS Dhoni Reacts To Fan’s Emotional Letter For Chennai Team Which Is Now Framed By CSK