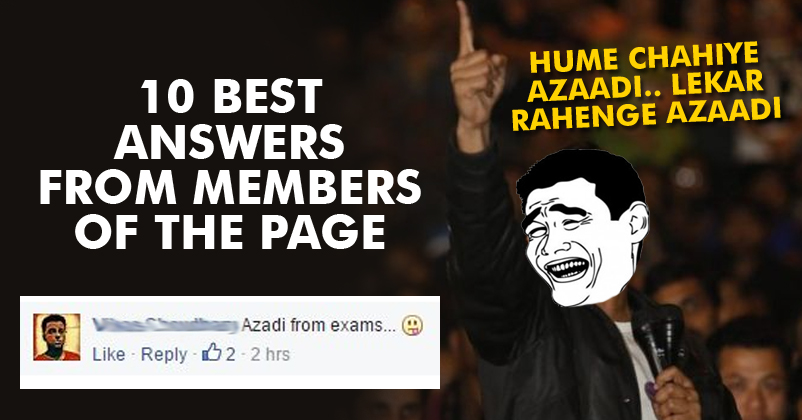 15th of August 1947, the day India got Independence, the day we got Azadi from British. As the nation celebrates the 70th Independence day, how many of you think that we are independent? how many of you think that we have freedom in each and every field? The same question kept us bugging. So we asked our users in what areas we still need Azadi. As always we got a good response for the post as it got around 2K likes and 1,300+ comments. So here presenting you 10 best comments from the following post.

2. Azadi from terrorism, unemployment and much more

3. This is a serious thing, Azadi from reservation

Some of them posted funny comments also 10 Reasons Why India Is Still Not Independent
12 Tricky Riddles That Will Stump Even Your Smartest Friends!