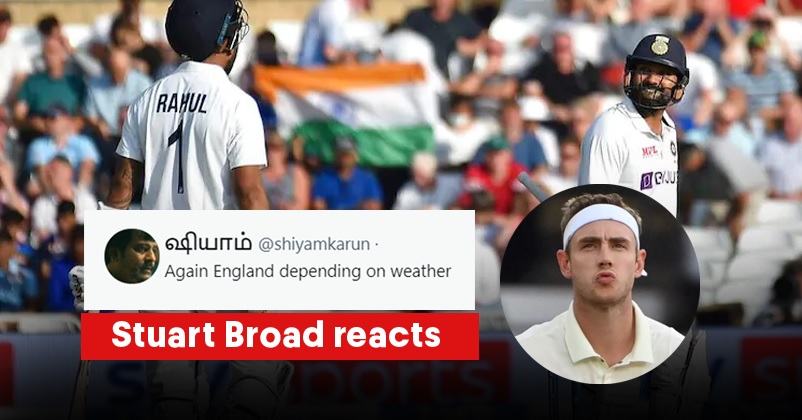 Social media networks have certainly given us a medium to express ourselves on various issues and as cricket is one of the most loved games of India, the Indian online users talk and discuss a lot about it on these social media platforms. The Indian team was in a quite good position on the fifth and the final day of the test match which was played against England at Trent Bridge as the visitors needed to score only 157 runs to win the match and they had 9 wickets in hand. However, no cricket took place on the fifth day as the rain played spoilsport and the match ended in a draw. 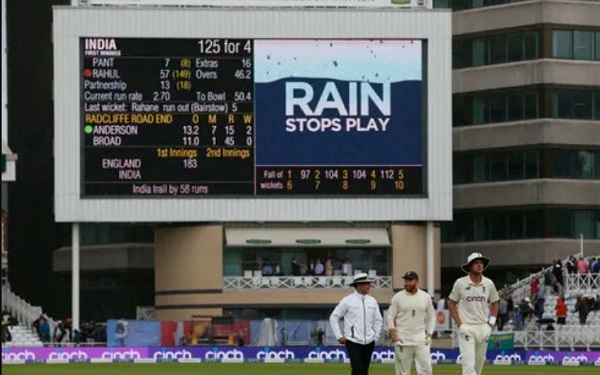 At that time, many Indian online users expressed their disappointment on why matches are organized in England in this season as everybody knows that it rains over there. However one online user took a jibe at the England cricket team by tweeting that again England is depending on the weather.

Again England depending on weather

The tweet was soon noticed by the English cricketer Stuart Broad who made up mind to reply to the user. The cricketer wrote that England won the 2011, 2014 and 2018 series against India at home and then he took a dig by writing that the England team must have been very lucky with the weather in all those days. 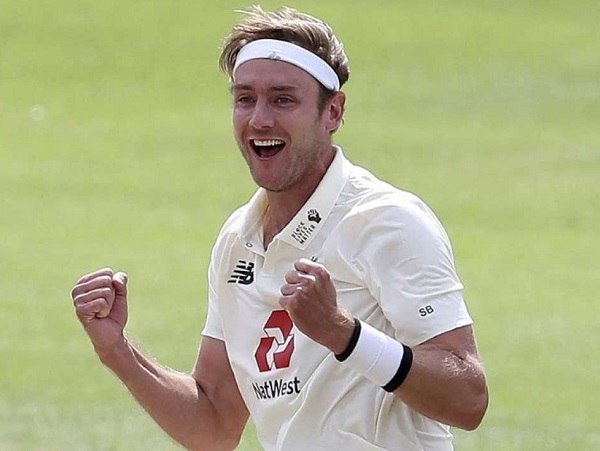 Stuart Broad’s tweet read, “England have won Test series Vs India at home 2011, 2014 & 2018 recently. Must have got extremely lucky with the weather for all those days!”

England have won Test series Vs India at home 2011,2014 & 2018 recently. Must have got extremely lucky with the weather for all those days!

Stuart Broad is not a part of the England playing XI which is playing against India as he suffered calf injury during the warm-up session. In an Instagram post, the English pacer revealed about his injury and also made it clear that he won’t be able to play in the series against India and now his complete focus will be on the Ashes.