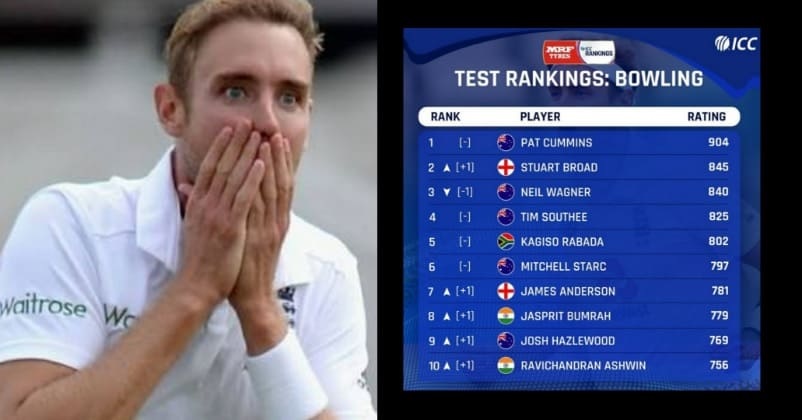 The International Cricket Council (ICC) has released Men’s Test Player Rankings on December 15 and the Australian cricketer Pat Cummins has secured the first position in the test bowling rankings.

Here is the list of the top 10 test bowling rankings: 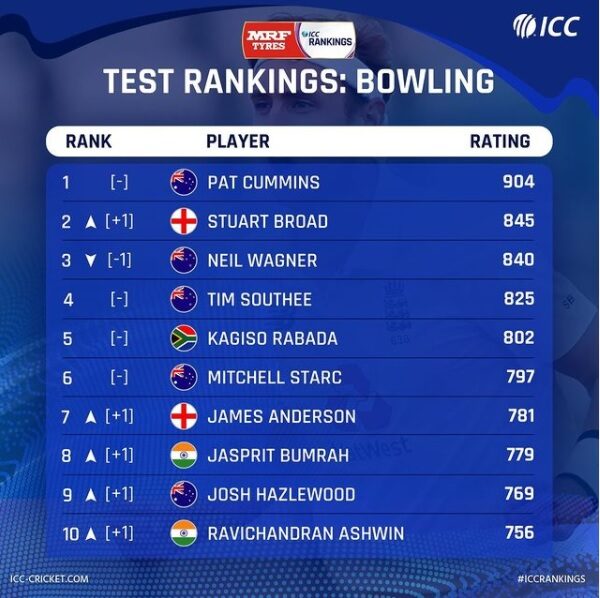 ICC shared it with caption, “Stuart Broad has displaced Neil Wagner to recapture the No.2 spot in the latest MRF Tyres ICC Test Player Rankings for bowling 👀”

In the top 10, there are two Indian cricketers, Jasprit Bumrah (8th rank) and Ravichandran Ashwin (10th spot). The English cricketer Stuart Broad has secured the second position as he has replaced the South African born New Zealand cricketer Neil Wagner and this has left Broad a little surprised.

Stuart Broad is not able to understand as to how he has replaced Neil Wagner and climbed up the ladder despite the fact that he hasn’t played any test cricket since August. Stuart Broad commented on the Instagram account of ICC , “How? I have not played since August.”

Stuart Broad has also jumped up one position in the ICC’s test all-rounder rankings as now he is on the tenth position.

While Stuart Broad has not played any test cricket since August, Neil Wagner has played two test matches against West Indies and in both of them, he played reasonably well. Wagner took 2 wickets in the first innings of the first test match and 4 in the second innings while in the second test match, he took total 3 wickets. Now only ICC can explain as to how a player who hasn’t played any match since August replaced a player who has played 2 test matches and took 9 wickets in both the matches. 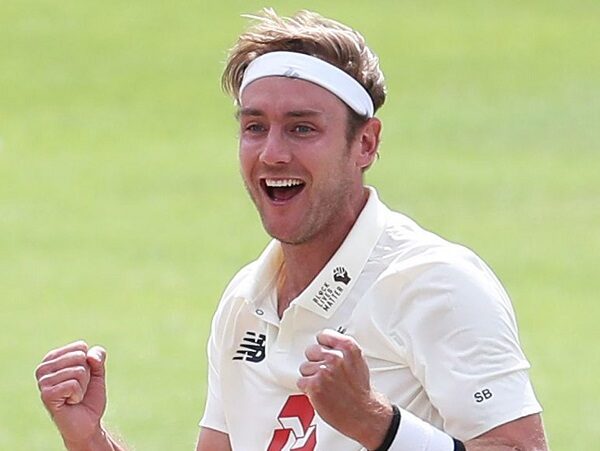 Stuart Broad may be famous for being hit for six sixers in his one over in the ICC T20 World Cup 2007 by Yuvraj Singh but he is also the seventh bowler of the world to cross the mark of 500 wickets.