The Indian cricket team seems to be in a quite good position against South Africa in the first test match of the 3-match test series which is being played at SuperSport Park Cricket Stadium, Centurion. The toss was won by the visitors and they decided to bat first, the decision was proved correct by the opening batters KL Rahul (123) and Mayank Agarwal (60) as they produced a partnership of 117 runs for the first wicket. India ended the first day with the score of 272/3 but the South African bowlers made a comeback on the second day and wrapped up the Indian team at the score of 327 runs. 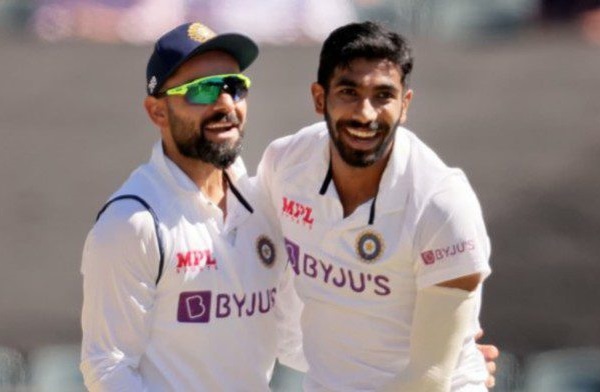 The hosts had a pretty bad start to their innings as they lost their skipper Dean Elgar (1) when the score of the team was just 2 runs. Only Temba Bavuma (52) and Quinton de Kock (34) were able to show some resistance to the Indian bowlers before the South African team got all out for 197 runs.

While Mohammed Shami is getting praised for his superb bowling as he took 5 wickets in the 16 overs that he bowled and gave away 44 runs, one more incident took place which cheered up the Indian cricket fans. Needless to say, Virat Kohli is quite a dynamic and energetic personality who likes to keep the atmosphere lively around him.

So on the third day of the match when Jasprit Bumrah came to bowl after a long break as he was off the field because he twisted his ankle, Virat Kohli shouted an iconic phrase of Hollywood actor and WWE wrestler Dwayne Johnson AKA The Rock. Virat Kohli was pretty excited as Bumrah returned and his excitement was quite visible as the stump mic caught him saying, “Finally, The Rock has come back”. 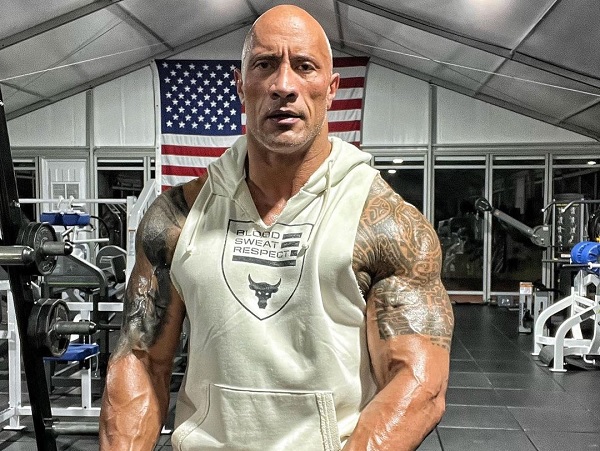 The Indian Twitter was flooded with reactions after the Indian test skipper spoke this phrase which was said by The Rock when he returned to WWE after 8 years.

Bumrah comes back to bowl after a lengthy break.

Kohli: FINALLY, THE ROCK HAS COME BACK!!

Referring to this epic comeback line by Rock, who came back to WWE in 2011 after a 8-year hiatus.

Though the video of Virat Kohli speaking that phrase is not available online as of now, here are some selected reactions from fans:

Did anyone hear Kohli saying 'Finally the Rock has come back' when Bumrah returned? Guy really enjoys his game. #SAvIND

"Finally The Rock has come back." – Virat Kohli ( Before the Jasprit Bumrah over)

Kohli going "Finally! The Rock has come back" and bringing back Boom 😂😂😂

*No context Virat Kohli*
Kohli in over break: "Finally the Rock has come back"#INDvSA

How many of you heard VIRAT shouting “FINALLY, THE ROCK HAS COME BACK” at the end of that over? boom coming to bowl I bet!

As far as the match is concerned, India’s lead has increased to 176 runs as India has scored 46 runs at the loss of 2 wickets in its second innings by the time this article was written.

Do you think South Africa will be able to make a comeback in the test match or do you feel that India will win this match? Let us know your views.

Ambati Rayudu Names Team India’s Best Captain Till Date & You Will Agree With Him
Can You Recognize The Boy Behind Katrina Kaif In Viral Photo? He Is Famous Indian Cricketer Now