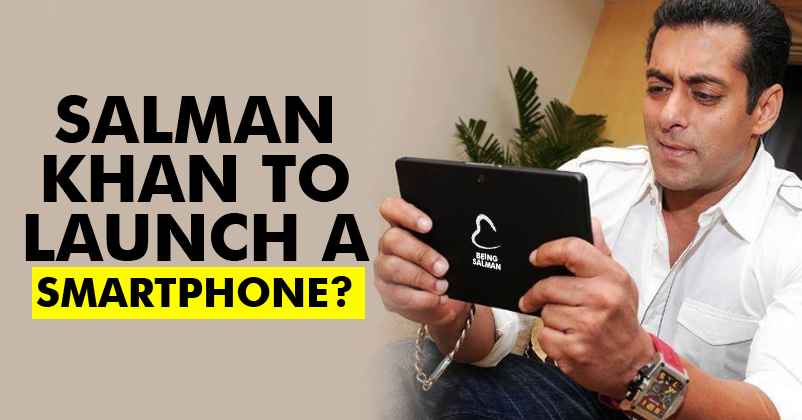 Salman Khan’s Being Human brand is quite popular; there is no doubt about the fact that he is not only a good actor but is also a successful entrepreneur. After success of Being Human, Salman Khan has decided to enter the smartphone market and shatter it. You heard that right!

Now, Salman Khan has plans to launch a series of smartphones and is working hard towards it. After planning for almost 2 years, Bhai finally took the decision of investing in this new business. Salman could have started the venture couple of years back, but brands weren’t ready to support him owing to high royalty charges that he demanded. There are reports that the brand will be called “Being Smart” and Salman or his family members would be holding majority of the shares in the company. Currently, the actor is looking for some more investors and is in the process of building a good operations and management team under the leadership of an executive who was earlier associated with Samsung and Micromax.

If rumors are to be believed, these phones would similar to the handsets from famous Chinese brands like Xiaomi, Vivo and Oppo. Moreover, the cost would quite affordable i.e. below Rs 20,000. Even middle class buyers can afford the handset.

Just like Being Human, even Being Smart will donate a major share of the profits to a Foundation for underprivileged children. Initially, these smartphones would be available online. Later on, Salman might make these handsets available at electronic retail chains (Through partnerships) and Being Human stores. As of now, Salman’s family members and few executives are formulating a plan for the same.

Salman plans to launch Being Smart by this year end; we wish him all the best for his new venture.

This Pune Guy Faked An Air Ticket & The Reason Is Very Romantic
Paytm To Charge 2% Fee If You Transfer Money To Your Wallet Through Credit Cards!