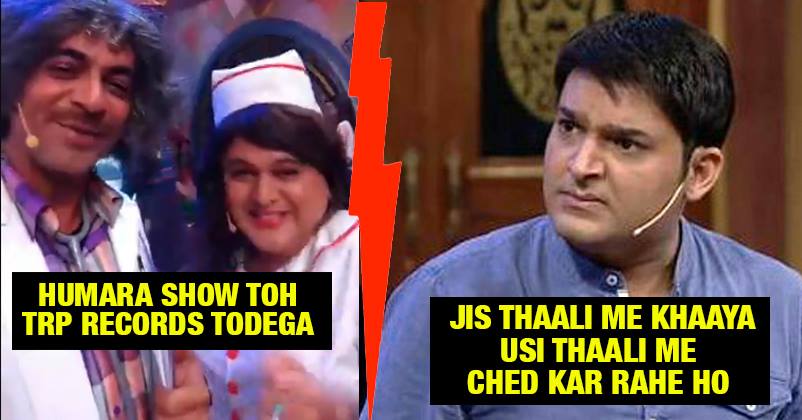 Kapil Sharma might be regretting this big ugly fight with Sunil Grover and Ali Asgar. Not just one but four key team members have left the show midway post the fight.

Though The Kapil Sharma Show is still continuing to run on the channel, Sunil and Ali Asgar have reportedly come together for another show on Sony Channel. As per reports in the leading daily TOI. Sunil and Ali have teamed up together for the show Sabse Bada Kalakar which will feature Raveena Tandon, Arshad Warsi and Boman Irani as the judges. Sunil and Ali will together entertain and make the audience laugh with their funny antics.

Well, this will be a good news for all their fans who were missing the two comedians on The Kapil Sharma Show. On the other hand, Sony channel’s contract will expire on 23rd April and that’s why the channel wanted to cash in on the popularity of Sunil and Ali.

Recently, Sunil also did commentary with Sunny Leone for IPL 2017. As per the reports, there was a strong rumor that Sunil will come up with another show on Sony channel but neither Sony nor Sunil confirmed the news.

Now he is flying to Dubai for his stand-up comedy live show. Here’s the Tweet of Sunil Grover:

Hello Dubai! This is the bag I am coming with. See you tom at Sheikh Rashid Hall! 🤡 pic.twitter.com/E7iPDGfxYM

If these rumors are true then we are super excited to catch Sunil and Ali make a comeback on the screen with their funny avatar. What do you guys feel about this new development?

Sonu Nigam’s Tweets On Azaan Get Him Into Trouble! Now, An FIR Is Lodged Against Him
Ex-Bigg Boss Contestant Priya Malik Rants On Twitter, Appeals To Remove Taxes On Sanitary Pads