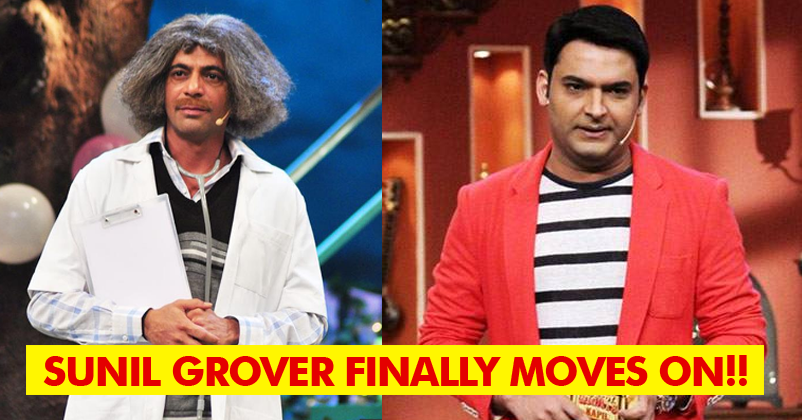 Sunil Grover,our favorite Doctor Mashoor Gulati is in the news for some sad reasons from the past few days. The ace comedian had an ugly fight with Kapil Sharma, post which Sunil refused to work in The Kapil Sharma Show. After humiliation, it was pretty obvious that Sunil won’t continue the show and hence there were rumors of him quitting the show.

We haven’t received any confirmation yet on his appearance on The Kapil Sharma Show but looks like the entire cast is going through a tough time. None of the artist has clearly taken a stand. They have not issued any official statement regarding their stay in the show. We all are looking forward to a positive news. Not just Sunil Grover, even Ali Asgar, Chandan Prabhakar’s exit from the show was reported by leading entertainment portals. We still don’t know how much of these news are true. As of now we can just say the artist are maintaining silence on the entire fight.

We already told our readers that Ali Asgar, Nani from the show has moved on and signed Trideviyaan. She will be essaying the character of a disguised criminal who will enter the show as a tribal woman. Ali did not report to Kapil’s shoot yet.

After Ali Asgar, a video on Youtube reveals that Sunil Grover has also moved on. He did not really give up his character Mashoor Gulati but he has performed on a stage show without Kapil Sharma. This proves that Sunil is still not convinced to work with Kapil. Post the ugly fight, he preferred the stage show over reporting on the set for The Kapil Sharma show.

Sunil Grover performed in Kokrajhar, it was a live stage show where he was entertaining the audience.

Those who are commenting that this video is before fight, please see the ticket and time:- Well, we don’t really know when the entire fiasco will be resolved. We just hope things work out for Kapil Sharma and Sunil Grover positively. Wishing both the comedians, all the very best.