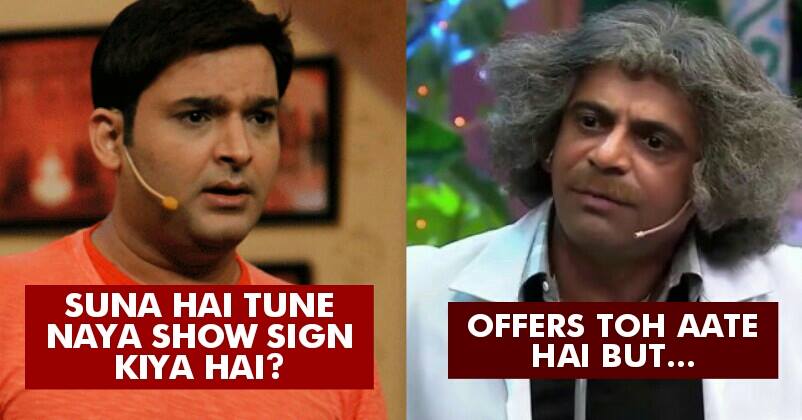 Well, the comedian himself took it on his shoulders to clear the air surrounding his new show. The recent reports on leading websites revealed that Sunil was in talks with Sony channel for a completely new show that would even have Ali, Chandan and Sugandha. The show will be celebrity based but totally different from The Kapil Sharma Show. The show was supposed to be even named after Sunil Grover but he denied. Well, the news were all over but sadly nothing is true.

When the comedian spoke to a leading daily, he clearly denied any such development. He said,

“I have not signed any show on the same channel or anywhere else, for that matter. I was part of The Kapil Sharma Show and I have been out of the show for some time. I am a performer and my job is to perform and act. There are offers, but nothing has been decided yet, but I will be doing something for sure.”

Well, the comedian is receiving loads and loads of offers for new shows. Sunil’s comic timing and performance are so spontaneous that it is pretty obvious there won’t be any lack of opportunities. Now it is clear that Sunil won’t return to The Kapil Sharma Show and he might go on and sign a new show. This might make Kapil very sad; since the time Sunil has quit TKSS, his TRPs are falling and his show is at risk. On the other hand, Sunil is getting plenty of offers. In fact, ever since the fight news came the comedian has been receiving many offers but he chose not to give in and he is still taking the time to decide.

Until it is official, we should not spread wrong news and add to the rumors. We wish Sunil, all the best in his future decisions.

Bad Days For Kapil Once Again! This Comedian Accused Him Of Copying His Jokes & He Has Proof!
KRK Took A Dig At Akshay Kumar For His Canadian Origin! This Is How Twitter Slammed Him!