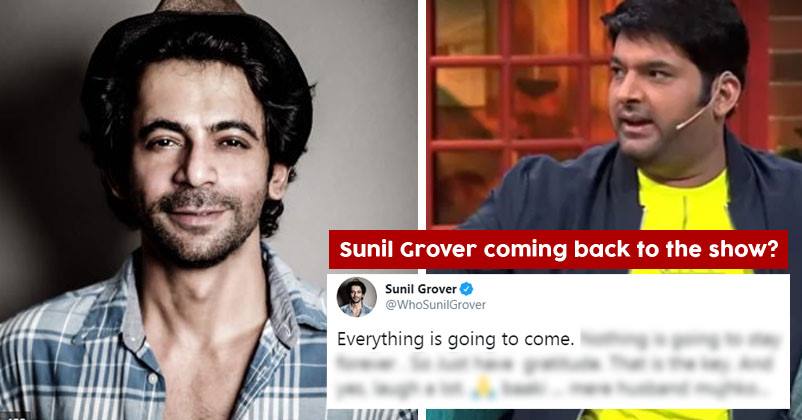 Fans still want to see them together on The Kapil Sharma Show and are eagerly waiting for their Guthi to return to the television screen. Sunil played a vital role in The Kapil Sharma show his humor, spark, brilliant timings of dialogue delivery couldn’t be replaced. Over the past 1 year we have come across several rumors that Sunil is returning to TKSS but each time we were just left heartbroken.

However, it seems like Sunil Grover has changed his plans and is all set to enter The Kapil Sharma Show. After reading his cryptic tweet this is what Desi Twitter believes. The tweet reads, Everything is going to come. Nothing is going to stay forever. So Just have gratitude. That is the key. And yes, laugh a lot. baaki mere husband mujhko…

If you’re wondering what is so special about this tweet, well the first line of the tweet and the last one. The last one mere husband mujhko is one of the famous dialogue of Guthi from The Kapil Sharma Show and then he did mention everything is going to come.

Do you think Sunil is all set to make a comeback on the show.