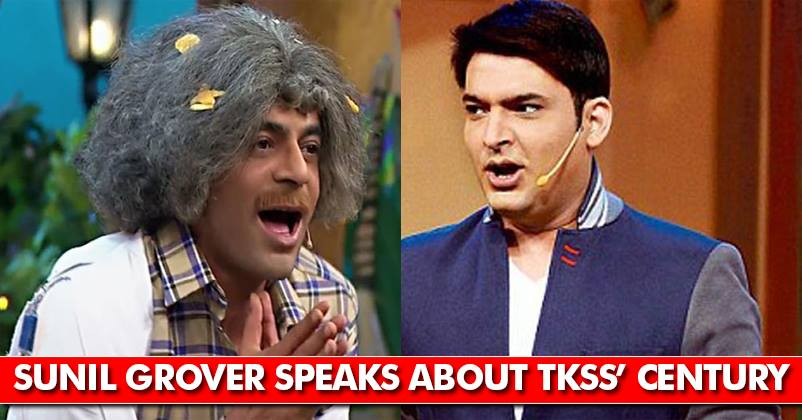 Sunil and Kapil’s fight is slowly resolving or maybe not, the good part is that things are at least nearing a better side.

Recently, Kapil Sharma shot for the 100th episode. He thanked his entire team including the ones who are no longer part of the show. That includes Chandan Prabhakar, Sunil Grover, Ali Asgar and Sugandha Mishra.

Even Navjot Singh Sidhu said on Kapil’s gratitude speech that the team is like a bouquet of flowers which should never break apart.

We hope whatever Sidhuji said turns out to be true but it seems all difficult. As per the reports, Sunil Grover is in no mood to come back and he has already moved on from this whole fight.

He has signed a new and other 3 team members – Chandan, Sugandha, and Ali have also joined him. Though things have become sour, the recent thank you from Kapil has somewhere ignited new hopes.

While the details of the show are yet to be announced officially, we hope there is some good news in the making because of Sunil Grover’s new statement.

Sunil has expressed his gratitude to the show and the platform. Sunil said,

“Maine jitne 92 episodes kiye, unme bohot maza aaya (I enjoyed the 92 episodes that I have done on the show). I have a lot of gratitude for this platform because it gave me a lot of love and I have been lucky that I got this opportunity. Mere mann mein iss platform ke liye humesha hi gratitude rahega.”

English Translation: I did around 92 episodes and I enjoyed working in all of the. I have a lot of gratitude for the platform as it gave me a lot of love and I have been lucky that I got this opportunity. My heart will always have only gratitude and love for this platform. Well, this is a good sign. We hope if not a comeback at least we can expect a patch up is on the cards. What do you guys feel? Will Sunil and Kapil patch up and come back together?

Twitter User Trolled Karan Johar & Called Him “Chhakka”! KJo Gave Him Back Perfectly With 1 Tweet!
This Wedding Dance Of The Bride Is Winning Hearts All Over, Watch How The Groom Watches Her Dance