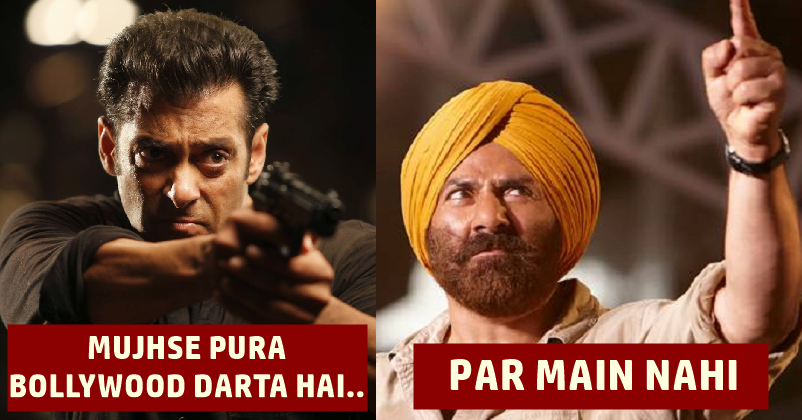 We all know that box office clashes are something every filmmaker would love to avoid. The recent few cases are making us believe in the opposite.

Looks like the films made in Bollywood want the best dates which were reserved for certain stars earlier. The latest news is something very shocking and surprising.

Our favorite Sunny Deol is coming back after a long time in the movie Bhaiyyaji Superhitt and he is all set to clash with Salman Khan’s movie Tubelight. We are pretty serious, the movie which stars Sunny Deol in a double role will release during Eid along with Tubelight. The whole Bollywood industry knows that clashing with Salman Khan is a big risk, everyone will try and avoid the clash because Salman’s movies are record-breakers.

Sunny Deol and his producers of the movie are confident about their content and therefore they decided to clash.

As per reports on leading websites, the sources told them that,

“Despite all the distributors warning the makers of ‘Bhaiyyaji Superhitt’ not to release it, as getting screens would be difficult. But, they are confident about the content and hence they are clashing!”

“In the past, we have had many instances when two hit screens and both did well. Besides, we are presenting Sunny in a new avatar. He has a double role in the film and I am sure his fans will love him.”

The same leading daily also reported that Sunny Deol told his producers that, “You are the producer and know best for the film. If you are fine with it, I am too.”

“I am aware they (Salman and Sunny) are good friends, but this clash won’t affect their friendship.”

While we surely think that this decision is indeed bold on Sunny Deol’s side but we don’t know how it might affect their personal relationship. We believe there might be more developments in this clash, for now, let’s wait and watch.