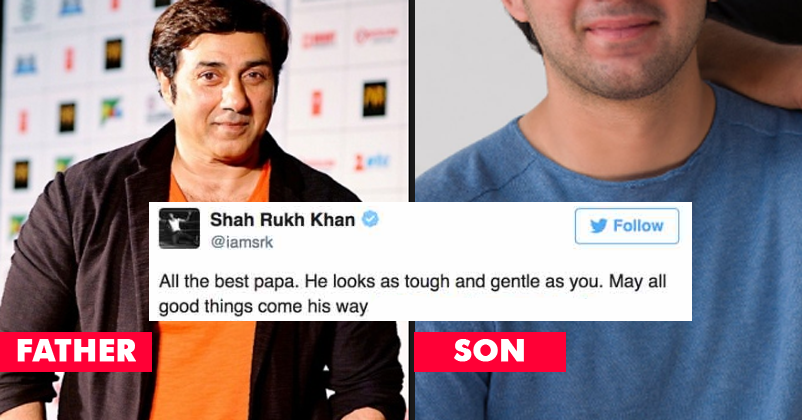 Sunny Deol’s son Karan Deol is all set to make an entry into Bollywood. He’s smart and handsome and looks just like his daddy! Sunny has given his son a very good opportunity in the movie “Pal Pal Dil Ke Paas”, which he will be directing himself.

The shooting is happening in the picturesque mountains of Manali and Karan seems to be enjoying this new experience. Sunny Deol shared the pic of his son from the 1st day shoot and everyone was happy seeing him.

It will be good to see a BIG star like Sunny Deol launching his son in Bollywood, where luck and audience decide the success.

The actor shared a photo of him with Karan and posted an emotional message for him. Here’s what he said;

Have a look at the pic that he shared; As soon as Sunny Deol posted the message, many big actors took to Twitter to give him a warm welcome; have a look at their tweets…

All the best papa. He looks as tough and gentle as you. May all good things come his way. https://t.co/75DVSGC8J0

Even his chachu Bobby Deol was excited;

The film will give us double excitement because Sunny Deol will don the director’s hat and audience would be curious to see this new entry. It is said that Pal Pal Dil Ke Paas is a romantic movie and would also have Saher Bamba in the lead role.

We can’t wait for this film, what about you?