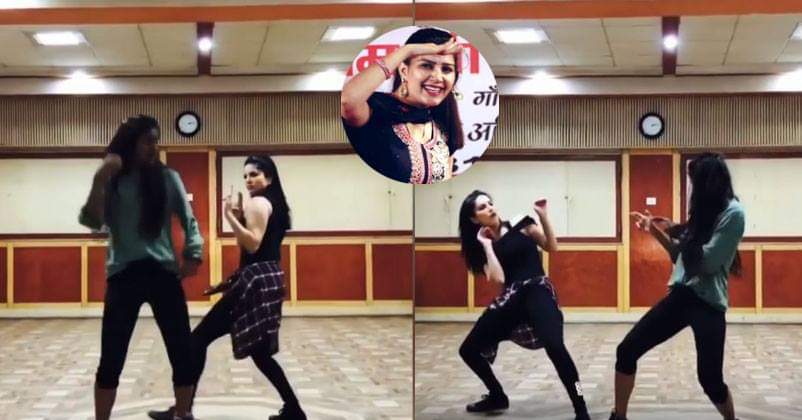 Recently Sunny Leone took to her official TikTok account and posted a video of herself dancing on the famous Harayanvi party song Teri Aakhiya Ka Yo Kajal.

The original song which stars Haryana’s sensation, Sapna Chaudhary. Sapna who rose to fame with Bigg Boss 11 and the song became nation’s favourite party anthem it has reached more than 403 million views on Youtube and has been taken under the banner Sonotek. In the original song, she danced her heart out and gave the nation new hook steps.

Sunny Leone is seen enjoying the music and dancing with her friend, doing the famous Naagin Dance, rolled on the floor and also did the air gun mock steps. The song which had several version of it done by numerous people.

Apart from the original version, this is the new favourite as Sunny Leone’s cuteness is giving strong competition to Sapna Chaudhary.

Alia Bhatt Got Offended By Kiku Sharda’s Jokes On The Kapil Sharma Show? Know The Truth From Kiku
Kangana Again Takes A Jibe At Alia Bhatt For Her Role In Gully Boy. Alia Will Not Like Her Remark